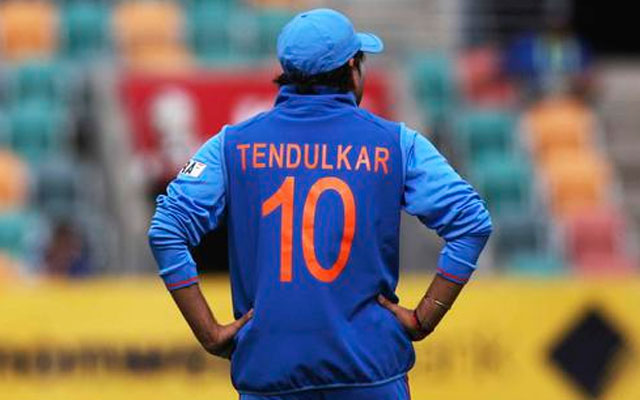 MUMBAI: The pavilion of the MIG Cricket Club in Bandra area here will be named after batting legend Sachin Tendulkar on May 2.

During his over two-decade long international career, Tendulkar would often practice at the club.

“The pavilion to be named after Tendulkar will be inaugurated on May 2,” the club’s cricket secretary Amit Dani told PTI.

He said Tendulkar’s son Arjun, a budding left-arm pacer, also plays for the club. The MIG Club, a member of the Mumbai Cricket Association, plays in tournaments organised by the MCA.

A stand is already named after Tendulkar at the MCA’s Wankhede Stadium here, where the legendary batsman played his last and 200th Test match against West Indies in November 2013.

Meanwhile, it is learnt that the Tendulkar Middlesex Global Academy (TMGA) summer cricket coaching camps for 2019 will also be held at the MIG Cricket Club from May 2 to 5. Former international players like Vinod Kambli would be training the participants. (AGENCIES)