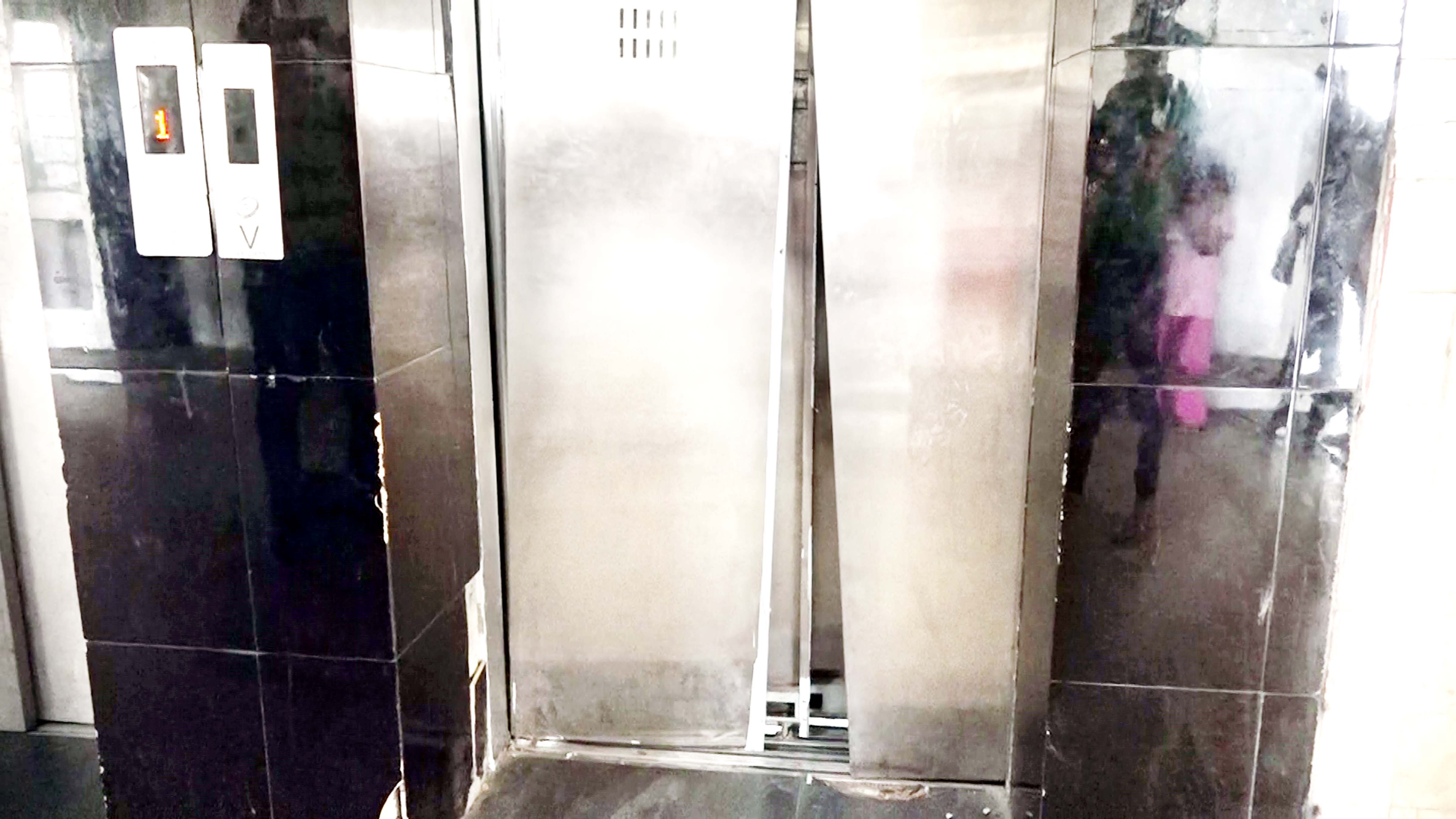 Excelsior Correspondent
JAMMU, June 11: Patients and their attendants had a harrowing time in Government Medical College and Hospital, Jammu, as some technical snag erupted this afternoon in the lone patient lift near chemist shop inside the hospital premises.
According to sources in the hospital, there are about two lifts installed near chemist shop out of which one is lying defunct for last many years while the other lift was installed about three months ago and was inaugurated by the then Health Minister, Bali Bhagat.
However, a technical snag erupted in this new installed lift today about 11.30 AM due to which the lift remained non-functional for about two hours and the patients as well as their attendants had to face manifold problems in moving from one floor to another by climbing the stairs that too in this hot and humid weather.

Sources also claimed that some patients and attendants were stuck in the lift when it developed some snag and later they were rescued by breaking the door of the lift but the authorities of the hospital and officers of mechanical wing of the hospital termed it a false propaganda spread by the some outside elements to malign the image of the hospital.
Speaking to Excelsior, XEn, Mechanical Wing of GMCH Jammu, MS Khurana said that about 11.30 AM today, the lift suddenly stopped at 5th floor and when it did not move for about some minutes, the lift man on duty rushed to the fifth floor and found that the door of the lift was broken by someone, probably by giving kick to the door due to which the lift had stopped working.
He said every day thousands of people came to GMCH Jammu, many of them from far flung areas and everyone from them does not how to operate the lift, and in their ignorance many times they press wrong keys due to which the lift develops technical snag. “In today’s case also, it appears that someone pressed wrong key and when lift got stopped, he broke opened the door of the lift to come out instead of informing the lift man by pressing appropriate key”, he added.
Khurana said that it took about two hours to them to make the lift functional again by doing proper alignment of the door and now the lift was running smoothly. He said we have requested many times to the hospital authorities to provide them proper staff so that they can deploy a lift operator in every lift to avoid any untoward incident but their repeated requests fell into deaf ears of the administration.