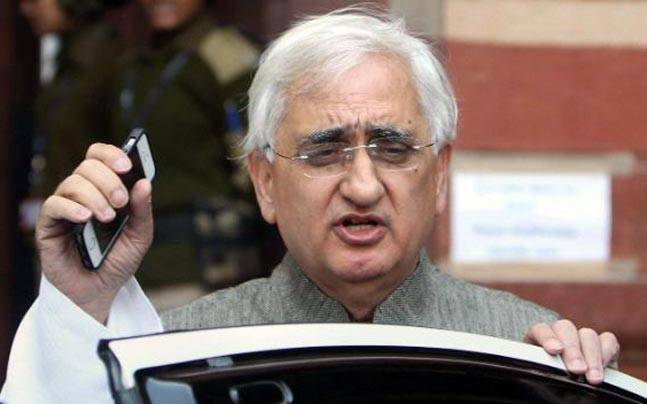 NEW DELHI: Pakistan’s obsession with Jammu and Kashmir has confined it to a single-issue foreign policy, often at considerable cost to itself and to other countries of the region, by stultifying the potential of SAARC, senior Congress leader Salman Khurshid has said.
The former External Affairs Minister says similarly, India’s preoccupation with the threat perception and the possibility of a prolonged and decisive war keeps it self-conscious and distracted from a larger role in the changing world.
In his new book ‘Visible Muslim Invisible Citizen – Understanding Islam in Indian Democracy’ published by Rupa Publications, the 66-year old author writes that the legacy of the Partition or the “unfinished agenda” (of Pakistan) is most visible in the simmering conflict in Kashmir.
“Despite strenuous and perverse efforts of the enemy, the protracted conflict remains about Kashmiriyat rather than about Islam,” Khurshid notes.
“In many ways, accommodation between the Indian state and the aspirations of the people of the Kashmir Valley might have been possible with some give and take, but for Pakistan believing that they have a role and indeed an expectation of a favourable outcome,” he writes.
Elaborating on Kashmir issue and Pakistan’s role, Khurshid said Islamabad cannot be given a veto on New Delhi’s historical aspirations and stretegic concerns.
“It is incumbent that we find peace with our fellow compatriots, no matter how disenchanted they feel. But it is our problem and Pakistan should accept not to interfere openly or in a clandestine manner,” Khurshid told PTI.
The Congress leader writes that it is “puzzling” that Pakistan is still unable to accept that Jammu and Kashmir is an integral part of India.
He says it is “surprising” that Pakistan refuses to accept the logic dictated not only by India’s Muslims, but also by the Bengali Muslims of erstwhile East Pakistan.
“Despite Bangladesh, it is puzzling that Pakistan is still unable to accept that J&K is an integral part of India,” Khurshid writes.
“For Muslims in the rest of India, J&K means no less than to other Indians, i.e. a critical part of the definition of India. The thought of anything happening to it can only be at the cost of diminishing the idea of India,” he asserts.
The book which touches upon a plethora of topics including Sufism, triple talaq and the history of communal violence is essentially about Islam and Muslims, particularly Indian Muslims.
Khurshid attempts to place Islam in the context of modernism, and the Indian Muslim in the perspective of contemporary Indian politics.
Lucidly written and sharply argued, the book drives home the important message that there is no inherent civilisational clash between Islam and Hinduism as we know them in our national lives. (AGENCIES)