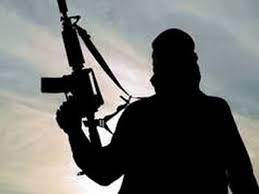 KHYBER PAKHTUNKHWA [Pakistan], Dec 6: Attacks on police in Khyber Pakhtunkhwa’s Mardan rang have intensified in Pakistan, The News International reported.
Three police officers lost their lives in the most recent incident, which targeted a police patrol car in the town of Akora Khattak. Prior to then, police officers had recently been the target of targeted killings in Charsadda and Mardan. According to the News International, police officers’ attacks had already been under attack in Lakki Marwat, South and North Waziristan, and a few other southern KP towns. In recent months, numerous attacks were also carried out in Peshawar and the nearby Khyber district.
According to a source, between August 15 and November 25 in the KP, terror-related incidents resulted in the deaths of 26 police officers, 12 members of other law enforcement organizations, and 17 civilians. During that time, 118 terrorist incidents were documented.
In addition, the attacks injured 37 members of law enforcement organizations, 18 policemen, and 10 civilians. According to a source, 102 terror acts were carried out in KP during the same time period in 2021, resulting in the deaths of 23 members of other LEAs, four civilians, and four policemen in each incident, the News International reported. (ANI)