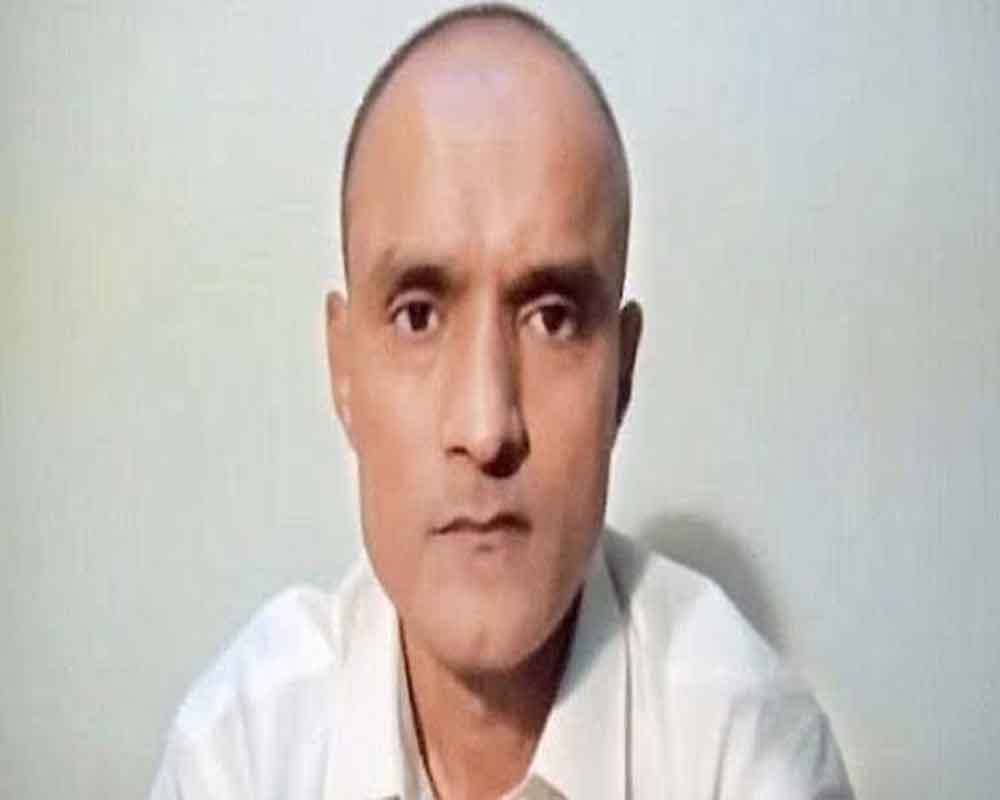 ISLAMABAD, Nov 13:
Pakistan is planning to allow death-row convict Kulbhushan Jadhav the right to file an appeal against his conviction in a civilian court by amending its laws, according to a media report.
Jadhav, 49, a retired Indian Navy officer, was sentenced to death by a Pakistani military court on charges of “espionage and terrorism” after a closed trial in April 2017. India has maintained that Jadhav was kidnapped from Iran where he had business interests after retiring from the Navy.
Quoting well-placed sources, Ary News TV said Pakistan in compliance with the International Court of Justice’s condition plans to allow Jadhav the right to file an appeal in a civilian court and is amending its laws accordingly.
The sources further said that the case being tried under military courts and the Army Act law forbade such individuals or groups from filing an appeal and seeking justice from the civilian court but a special amendment was being made for the Indian naval officer.
The ICJ had directed Pakistan to provide effective review and reconsideration of his conviction and sentences according to its own justice system. In a major victory for India, the ICJ on July 17 ruled that Pakistan must review the death sentence given to Jadhav. India had argued that consular access was being denied to its national in violation of the 1963 Vienna Convention on Consular Relations. Rejecting Pakistan’s objection to admissibility of the Indian application in the case, the court in its 42-page order held that “a continued stay of execution constitutes an indispensable condition for the effective review” of the sentence of Jadhav that had strained relations between the two neighbouring countries.
The bench, however, rejected some remedies sought by India, including annulment of the military court’s decision convicting Jadhav, his release and safe passage to India.
After much dilly-dallying, Pakistan on September 2 granted India consular access to Jadhav under the direction of the ICJ. Pakistan claims that its security forces arrested Jadhav from restive Balochistan province on March 3, 2016 after he reportedly entered from Iran. (PTI)