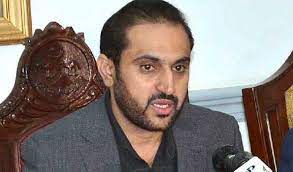 Islamabad, May 27: Balochistan Chief Minister Abdul Quddus Bizenjo survived the no-confidence motion brought against him in the provincial assembly as the opposition party failed to get the required numbers, The News reported on Friday.
The opposition required 13 members to pass the motion but in the end only 11 members voted in its favour and it was termed ineffective by the acting speaker. Earlier Balochistan National Party (BNP) leader Akhtar Hussain Langu had said that the party will not be supporting the no-confidence motion against Bizenjo.
On May 18, BAP and allies submitted a no-confidence motion against Bizenjo. According to PTI Balochistan chapter President Yar Muhammad Rind, the party members were united against Bizenjo and decided to move a no-trust motion against him. (UNI)