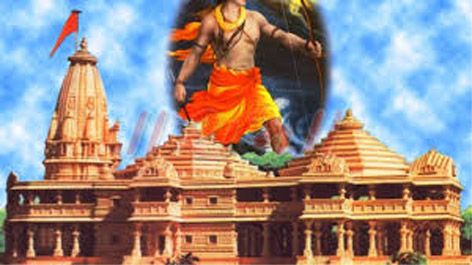 ISLAMABAD, May 28: Pakistan has criticised India for starting the construction of the Ram temple at the site of Babri Masjid in Ayodhya, saying it shows how the Muslims in the country are being marginalised.
India’s Supreme Court, in its verdict in the Babri Masjid-Ram Janmabhoomi title case on November 9 last year, said the entire 2.77 acres of disputed land should be handed over to the deity Ram Lalla, who was one of the three litigants.
The five-judge Constitution bench also directed the Centre to allot a five-acre plot to the Sunni Waqf Board in Ayodhya to build a mosque.
Pakistan Foreign Office (FO) in a statement on Wednesday night said that while the world is grappling with the unprecedented COVID-19 pandemic, “the RSS-BJP combine” was advancing the “Hindutva” agenda.
“The commencement of construction of a mandir at the site of the historic Babri Masjid in Ayodhya on May 26, 2020, is another step in this direction and the Government and people of Pakistan condemn it in the strongest terms,” it said.
The statement said the commencement of the temple’s construction is a sequel to the decision given by India’s Supreme Court on 9 November 2019, “which completely failed to uphold the demands of justice”.
India has repeatedly rejected the “unwarranted and gratuitous comments” made by Pakistan on the Supreme Court’s decision on the Ram temple,
It maintains the judgement of the Supreme Court of India on a civil matter is completely internal to India.
The FO said the developments relating to the Babri Masjid, the Citizenship Amendment Act (CAA) and initiation of the National Register of Citizens (NRC) process are vivid illustrations of how the Muslims in India are being marginalised.
The new citizenship law passed by Parliament in December 2019 offers citizenship to non-Muslim persecuted religious minorities from Pakistan, Bangladesh and Afghanistan.
The Indian government has maintained that the CAA is an internal matter of the country and stressed that the goal is to protect the oppressed minorities of neighbouring countries.
The NRC exercise was conducted in Assam on the directions of the Supreme Court. (PTI)