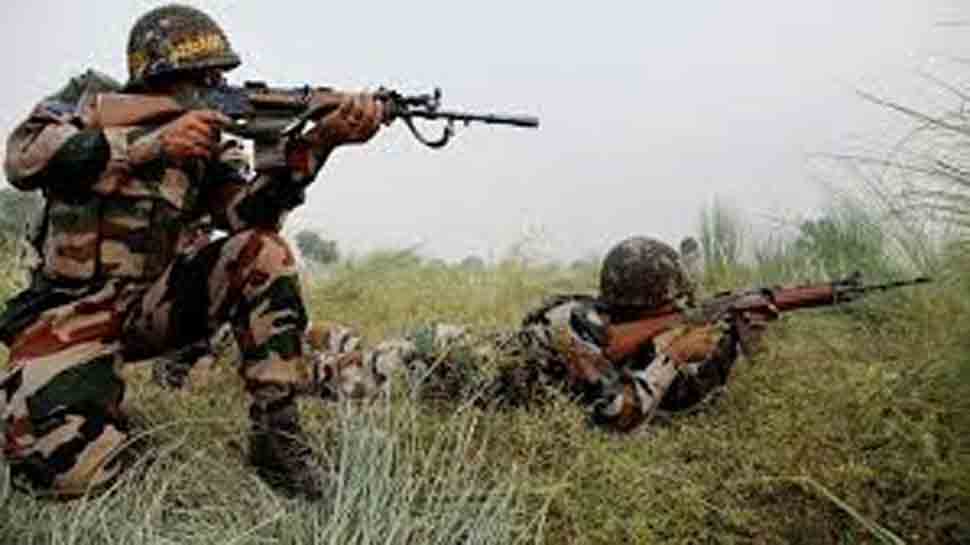 BARAMULLA : Pakistani troops again violated ceasefire and fired mortars and with other weapons, targeting forward posts and civilian areas in Uri sector in this north Kashmir district in the wee hours of Friday, official sources said.
Panic gripped village Kamalkote and adjoining areas near the Line of Control (LoC) in Uri sector when Pakistani troops fired mortars and other weapons at 0100 hrs. The Pak troops target was civilian areas and Nanak Post at the LoC.
Residents alleged that only few bunkers have so far been constructed in the area which are not sufficient for the entire population to take shelter in the event of Pak shelling. They demanded construction of more bunkers.
They said Indian troops also retaliated and the exchange of fire continued for about half an hour.
Sources said there was no report of any damage or casualty on this side. However, damage suffered across the LoC was not immediately clear, they added.
They said Pak troops are violating ceasefire to help militants to sneak into this side from Pakistan-occupied-Kashmir (PoK) before the infiltration routes are closed due to snowfall. However, they said, Indian troops are already on high alert to foil any infiltration attempt by militants, who are waiting at launch pads at the LoC. (AGENCIES)