Excelsior Correspondent
SRINAGAR, Sept 6: Asserting that Pakistan is sustaining terrorism in Jammu and Kashmir, State police chief Dilbag Singh today said the neighbouring country’s use of social media to radicalise the youths in the Valley remains a “big challenge”.
He, however, exuded confidence that the police and the armed forces will rise to the challenge as they had done many times in the past.
The Director General was interacting with a group of trainee officers from the College of Air Warfare, Secunderabad, at the police headquarters here.
“Pakistan has been sustaining terrorism in Jammu and Kashmir and a large number of terrorists have been moved to the launch pads across the border,” Singh said.
He said social media was being used by Pakistan to radicalise the young minds in the Valley, which remains a “big challenge for all of us”.
The DGP expressed confidence that the police and the security forces together will be able to meet the challenge.
“The police enjoy a very cordial relationship with all forces. There is perfect synergy between the security forces and the police in the state. This fact has been recognised even by the senior functionaries in the Ministry of Home Affairs and Ministry of Defence,” he said.
He added that the police also share a good rapport with the state’s residents, which helps in management of law and order.
Earlier, Air-Vice Marshal and Commandant of the College of Air Warfare Suraj Kumar Jha in his introductory remarks highlighted the aims and objectives of the visit of the course participants.
DGP said that his team of officers at different levels looks after the welfare of the personnel whenever they are in need. He said that a number of welfare schemes are in place in the J&K Police which takes care of the needs of the police personnel particularly when in distress. He said that out of our own departmental resources and with Government assistance we take care of the martyrs, their families, jawans and officers who get injured in encounters with terrorist and law and order. We also take good care of our retired police personnel as well. This all has resulted in making our jawans confident and has resulted in the success of the J&K Police. He said that J&K Police enjoys a close rapport with the people helps in law and order management.
During the interaction ADGP CID Dr. B. Srinivas, ADGP Armed S.J.M. Gillani, ADGP Security, L&O Muneer Ahmad Khan and IGP Kashmir S P Pani and other officers responded to different queries from the visiting trainee officers.
Earlier, ADGP Coordination PHQ A.K. Choudhary welcomed the team of the visiting officers and said that as part of their one year course the participants are taken to forward areas of J&K and North-East. He also highlighted the aim of the tour.
Senior officers who participated in the programme included A.G. Mir ADGP (Hqrs.) PHQ, M.K. Sinha IGP Crime, Alok Kumar, IGP Traffic, Surinder Kumar Gupta, Director SSG, S. Ahfadul Mujtaba MD Police Housing Corporation, V.K. Birdhi DIG CKR and Naseer Ahmad, Director Police Telecommunication.
AIG (Prov. & Tpt.) PHQ Mubassir Latifi gave a power point presentation regarding the J&K Police, its functioning and its fight against the militancy as also maintenance of peace and order in the State over the years.
Vote of thanks on behalf of the visiting officers was presented by Group Capt. M.K. Chaubey. 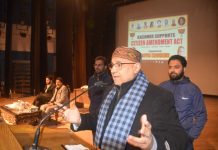 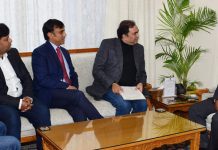 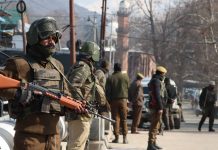 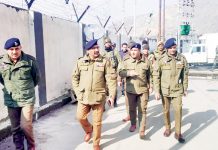 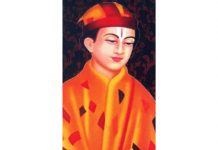 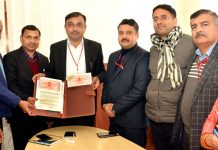 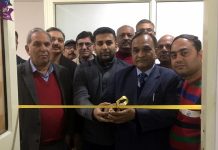 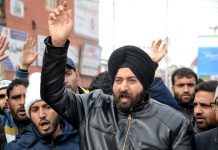 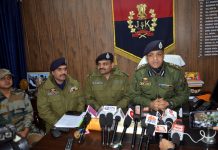 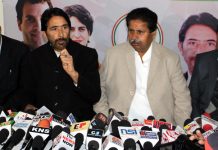 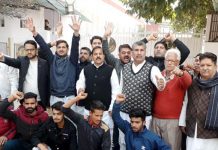