E-Paper
Home Latest News Pak SC to entertain Musharraf’s plea only after he surrenders to the... 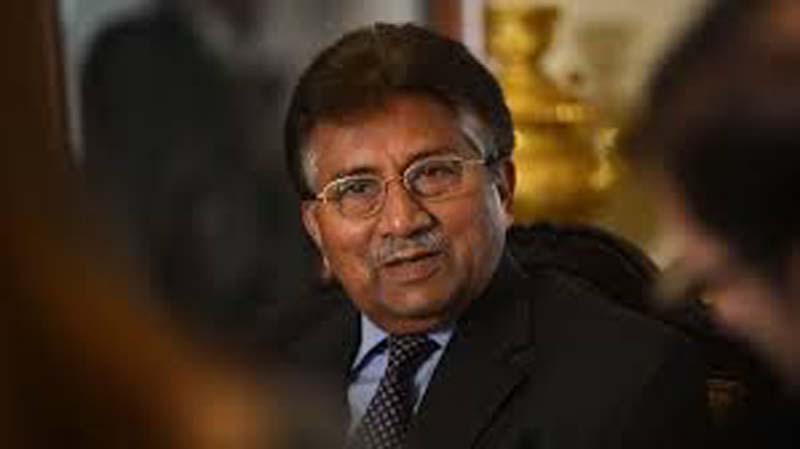 ISLAMABAD: Pakistan’s Supreme Court has returned the petition of self-exiled former dictator Pervez Musharraf against his conviction and sentencing by a special tribunal with objection that he is not allowed to appeal without surrendering to the law, according to a media report.
On Thursday, 74-year-old retired general, now based in Dubai, approached the court to challenge the ruling of the special tribunal that had handed him death sentence on charges of high treason.
Barrister Salman Safdar, the counsel for Musharraf, submitted the 90-page petition in the top court. In the petition, the former president urged the Supreme Court to declare the special court ruling null and void.
The registrar office of the top court on Friday returned the appeal with the observation that it was settled principle of law that the convict should first surrender before filing appeal, The Express Tribune reported.
The court gave one month time to remove the objection which meant that Musharraf should surrender within one month otherwise he would lose the right to file appeal, the report said.
The three-member court in its judgment on December 17 found him guilty and handed down the death penalty after six years of hearing the high-profile treason case against him. He was punished despite not appearing to record his statement.
Musharraf who has been living in Dubai since March 2016 stated in his petition that the former president’s absence from the special court was not intentional as he was unable to appear due to health issue.
He said that the special court had accepted his pleas of ailment but convicted the former president in absentia.
The Pakistan Muslim League-Nawaz (PML-N) government led by former prime minister Nawaz Sharif had filed the treason case against the former army chief in 2013 over the imposition of an extra-constitutional emergency in November 2007, which led to the confinement of a number of superior court judges in their houses and sacking of over 100 judges.
It is the first time in Pakistan’s history that a former army chief was tried and sentenced under Article 6 of the Constitution.
Separately, the Lahore High Court declared that the formation of the special court was “unconstitutional” and that the treason case against the former president was not prepared in accordance with the law. It let some experts to believe that its verdict had become null and void.
Others, however, assert that the judgment would stay as it was according to the law, though the court’s formation was declared as against the law. (agencies)