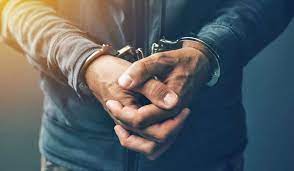 Islamabad, Dec 5: A Pakistani rights and political activist has been convicted of espionage and sentenced to 14 years of rigorous imprisonment, according to a media report on Sunday.
The verdict on Idris Khattak was pronounced this week after the trial concluded in Jhelum.
“Khattak was found guilty of espionage and leaking of sensitive information by a Field General Court Martial (FGCM). He was handed down 14-year rigorous jail term,” a security source was quoted as saying by the Dawn newspaper.
The source said he was tried under the Pakistan Army Act and Official Secrets Act, 1923. He was accused of providing the sensitive information to a foreign intelligence agency.
Defending his court-martial, the source said that any individual accused of espionage, whether or not he is a serviceman, can be tried by a FGCM.
Khattak has reportedly been shifted to Jhelum district jail for serving the sentence. The source said he could appeal before the appellate tribunal and subsequently before the army chief.
Khattak remained associated with Amnesty International and had investigated enforced disappearances in erstwhile tribal areas and Balochistan.
He was travelling from Islamabad to Peshawar on November 13, 2019, when he was picked by an intelligence agency near Swabi interchange.
After nearly six months of a public campaign by his family and filing of a habeas corpus petition at the Peshawar High Court, the defence ministry on June 16, 2020, admitted that he was in military’s custody and had been charged with treason under the Official Secrets Act.
Khattak’s brother later filed a petition with the Peshawar High Court seeking an end to his trial by the military court. The high court, however, on Jan 28, 2021, rejected the appeal.
Meanwhile, three retired military officers were given varying jail sentences by another FGCM in Rawalpindi, reported Dawn.
According to the security source, Lt Col (retd) Faiz Rasool was given 14 years rigorous imprisonment, Lt Col (retd) Akmal 10 years rigorous imprisonment, and Maj (retd) Saifuddin 12 years rigorous imprisonment.
All three officers were also convicted of espionage and leaking sensitive information.
The source said all the three were retired at the time of the commissioning of a crime.
In a reaction to Khattak’s sentencing, Amnesty International’s (AI) Deputy South Asia Director Thyagi Ruwanpathirana said: “Idris Khattak’s family and lawyer are being kept in the dark by the Pakistani authorities about the exact status of his case and reported conviction, violating the right to a fair trial and due process and making it impossible for them to plan any legal recourse.”
“If his conviction is confirmed, it will be the culmination of a shameful two-year process that has been unjust from start to finish,” the AI official said.
Few details about the case against him had been disclosed, the official said, while according to his lawyer, the proceedings were ‘deeply flawed’.
AI asked Pakistan’s authorities to provide details of the case to the family, give him access to lawyers, and produce him before a civilian court for deciding about the lawfulness of his arrest and detention, the report said. (PTI)