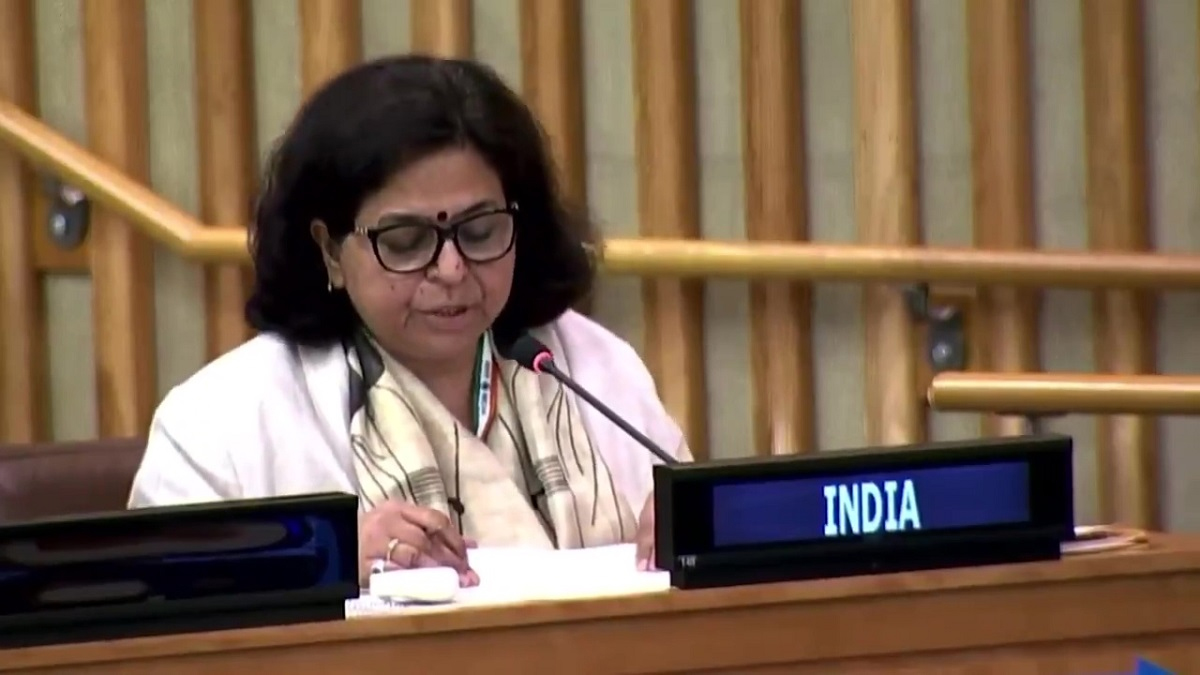 United Nations, Jun 3: India has slammed Pakistan as it raised the issue of Jammu and Kashmir in the UN Security Council, with New Delhi saying the neighbouring country is a “live example” of how a nation continues to evade accountability for serious crimes of genocide and ethnic cleansing and asserting that India will continue to take firm and decisive steps to respond to cross-border terrorism.
Dr Kajal Bhat, Counsellor/Legal Adviser in India’s Permanent Mission to the UN, said Thursday in the Security Council that she was constrained to take the floor to respond to some of the falsehoods and malicious propaganda spread by the representative of Pakistan “as they are accustomed to do like a broken record”.
“Today, we are discussing how to strengthen accountability and justice for serious violations of international law.
“The irony is perhaps lost on the representative of Pakistan, given their shameful history of committing genocide in what was then East Pakistan, and what is now Bangladesh, over 50 years back for which there has not even been an acknowledgement, much less apology or accountability,” Bhat said after the representative of Pakistan raised the issue of Jammu and Kashmir at the UN Security Council open debate on “Strengthening accountability and justice for serious violations of international law” chaired by Council President Albania.
Speaking in the Council debate earlier in the day, Minister for State for External Affairs Dr Rajkumar Ranjan Singh had said that accountability and justice cannot be linked to political expediencies.
“The representative of Pakistan presents a live example to the Security Council of how a state continues to evade accountability for serious crimes of genocide and ethnic cleansing. To ask them to reflect on this is perhaps asking too much, but the least they could do is not sully the dignity of this Council,” she said.
Bhat said innocent women, children, academics and intellectuals were treated as weapons of war in an act of “calculated genocide, carried out by the Pakistani army” in what it called ‘Operation Searchlight’.
“The reign of terror unleashed by Pakistan on the population of the then East Pakistan, saw hundreds of thousands killed brutally, several thousands of women were raped,” she said.
Bhat said the only contribution that Pakistan can make is to stop its support for terrorism directed against India and its people.
“The representative of Pakistan also spoke of so called changes in the composition in the Union Territory of Jammu and Kashmir. The only attempts at demographic changes are being perpetrated by terrorists supported by his country who have been targeting members of religious minorities in Jammu and Kashmir, as well as those who refuse to toe their line,” she said.
Bhat asserted that she wants to assure the Pakistani representative that India will continue to take “firm and decisive steps” to respond to cross border terrorism.
“Finally, let me correct another delusional statement from Pakistan. The Union Territories of Jammu and Kashmir and Ladakh were and will always remain an integral and inalienable part of India.
“This includes the areas that are under the illegal occupation of Pakistan. No amount of rhetoric and propaganda from any country can deny this fact. As regards to his other remarks, we will not dignify those with a response,” she said. (Agencies)