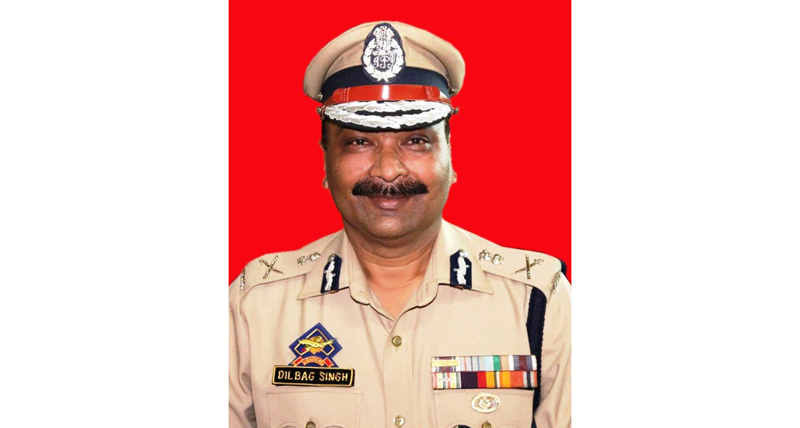 Click here to watch video
“Over the past two weeks, the evil designs of terrorists once again came to light when they targeted Panches and Sarpanchs. The sinful acts of harming and killing innocent people evoked strong condemnation from all quarters,” the police chief told reporters on the sidelines of a function in Kishtwar district.
The DGP, along with Additional DGP of Jammu Mukesh Singh, visited Kishtwar to inaugurate a cricket tournament being hosted by the Police Department in the memory of Deputy Superintendent of Police Aman Thakur who laid down his life in an encounter with terrorists in south Kashmir’s Kulgam in February 2019.
Sarpanchs Sameer Bhat and Shabir Ahmad Mir were killed in Srinagar and Kulgam districts on March 9 and March 11, respectively, while an Independent Panchayat member, Mohammad Yaqub Dar, was gunned down by terrorists in Kulgam on March 2.
“Pakistani handlers are pushing them (terrorists operating in J&K) to harm innocent people by targeted killings and grenade throwing. Two civilians, including a girl, were killed in one such grenade attack in Srinagar (on March 6),” the Police chief said.
On counter-terrorist operations, he said, “Over the past few days, we have carried out over half-a-dozen successful operations, including the one in Srinagar which resulted in the killing of three terrorists (on Wednesday). These three terrorists were involved in the killing of Khanmoh Sarpanch (Bhat).”
Eleven terrorists have been killed in seven encounters in different parts of Kashmir valley since March 10. While two militants were killed in Pulwama and Srinagar’s Hazratbal area on March 10, three encounters in Pulwama, Ganderbal and Kupara left four terrorists dead and one more arrested. Another militant was killed in Pulwama on March 15.
The DGP said the culprits behind the killing of a Sarpanch in Kulgam, a CRPF personnel in Shopian and an Army jawan in Budgam were also arrested.
CRPF jawan Mukthar Ahmad and soldier Sameer Ahmad Malla were killed by terrorists in Shopian and Budgam districts on March 12 and 10, respectively. Both of them had come home on leave when they were attacked by the terrorists.
“Those behind the killing of a Sarpanch in Kulgam were arrested and the main terrorist was identified and is being chased. The module behind the CRPF jawan’s killing was busted and similarly, the culprits involved in the killing of Army jawan were also arrested and the terrorist identified and he too will be neutralised,” Singh said.
He said, “the operations against terrorists will continue so that the people can live in a peaceful atmosphere and the killings at the hands of Pakistani terrorists and local terrorists at the behest of Pakistani agencies is stopped.”
Asked about fear among Panchayati Raj Institution members in the wake of recent attacks, the DGP said there is no need to panic.
“Providing security to every individual is not possible everywhere but we are making efforts to provide a peaceful atmosphere through area security… We are providing security (to individuals) following intelligence input,” he said.