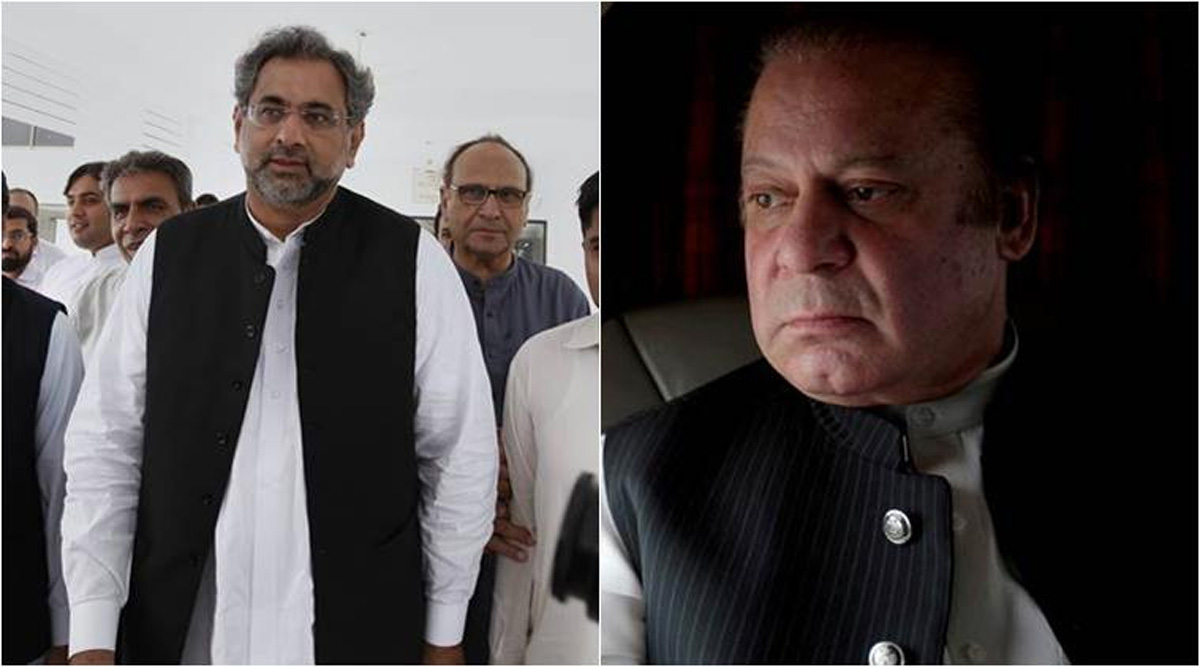 LAHORE, Oct 8: Former Pakistan premiers Nawaz Sharif and Shahid Khaqan Abbasi, along with a prominent journalist, appeared before the Lahore High Court on Monday for hearing on a petition seeking treason proceedings against them in a case related to the 2008 Mumbai terror attack.
Journalist Cyril Almeida, Assistant Editor for the Dawn newspaper is also a respondent in the case being heard by a three-member bench headed by Justice Mazahar Ali Naqvi, The Express Tribune reported.
In the last hearing, Almeida was put on ‘Exit Control List’ and issued non-bailable warrants for his arrest for not attending previous court proceedings.
The petition was filed against Nawaz for defaming the country through an interview on the Mumbai terror attack and against Abbasi for supporting the former prime minister’s stance and sharing minutes of the National Security Council’s (NSC) meeting in violation of his oath, the report said.
The petition contended that Nawaz had not only disclosed sensitive secrets but also expressed his views against sensitive national institutions, it said.
Contending that Nawaz had betrayed the nation, the petition stated that a treason case should be instituted against him for giving the controversial interview and allowing it to go on air.
According to the petitioner Amina Malik, a civil society member, Abbasi’s action amounted to sedition as he had violated his oath of office.
The security was beefed up around the court premises and a large crowd of the Pakistan Muslim League (Nawaz) supporters had gathered by the main entry point.
The hearing has been adjourned until October 22.
Sharif, who was recently released from jail after receiving bail in the Avenfield case, had been absent from previous hearings as he had been receiving condolences over the death of his wife Kulsoom.
Earlier, Almeida had been put on ‘Exit Control List’ after he wrote a front-page story about a rift between Pakistan’s civilian and military leaderships over militant groups that operate from Pakistan but engage in war against India and Afghanistan.
Exit Control List is a system of border control maintained by Pakistan government under an ordinance which allows it to bar people whose names appear on the list from leaving the country.
The Foreign Office had vehemently rejected the report and termed it “speculative”. (PTI)