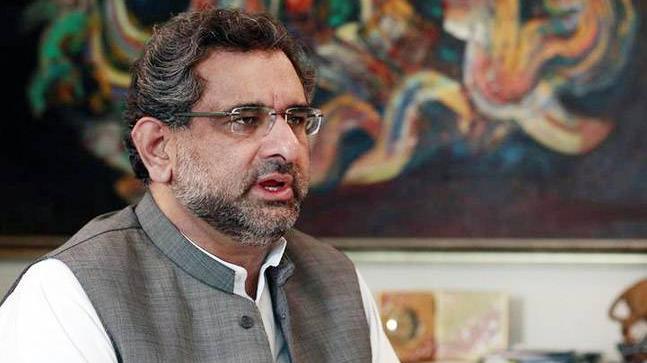 ISLAMABAD: A Pakistan court Monday issued bailable arrest warrants against former prime minister Shahid Khaqan Abbasi in a case seeking action against him for disclosing the minutes of a high-profile security meeting to his party leader Nawaz Sharif.

Abbasi had chaired a meeting of the National Security Council (NSC) in May to discuss an interview of another former premier Nawaz Sharif with a correspondent of the Dawn newspaper, and later he shared its details with the media.

A civil society member filed a petition against Abbasi in the Lahore High Court in which she alleged that he defamed the security institutions.

The petitioner had contended that after the NSC meeting, Abbasi had met the ousted premier and conveyed to him the concerns of the military leadership. She said this act had been a violation of Abbasi’s oath as prime minister as he was not bound to allow his personal interest to influence his official conduct. (AGENCIES)