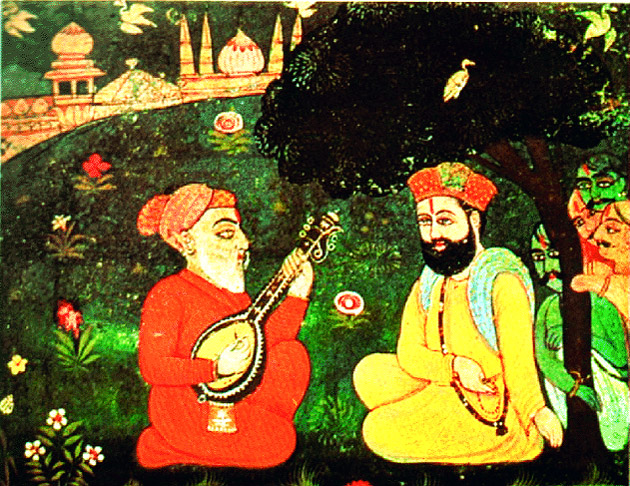 Dr. Jaswinder Singh Bhullar
Manuscripts are an important and constructive medium for
the study of history of any
society and culture. So far research has not been able to determine which is the oldest manuscript and who wrote it.
Most scholars are of the opinion that religious texts are the oldest manuscripts. Scholars consider Jewish scripture ‘Torah’, the oldest manuscript in the world. This tradition was very strong during the Mughal rule in India. Jahangir’s memoir ‘Tuzak-e-Jahangiri’, Babar’s ‘Babarnama’, ‘Akbarnama’ are famous Persian manuscripts. In Punjab, tradition of Janam Sakhis started late after Guru Nanak Dev Ji laid the foundation of Sikhism.
Writers first memorized the words of the Gurus in the form of Bani. They also collected the events of the lives of Gurus in the form of anecdotes, the tradition of which had previously been oral. Later, these oral anecdotes began to be recorded in the form of manuscripts. Aim of the Janam Sakhi writers was not only to record the entire life span of the Gurus but also to evoke a sense of devotion to them by presenting the major events of their lives. We recognize this presentation of a life event as a Janam Sakhi.
Talking about the structure or construction of Janam Sakhi, it is done with folk motifs to express the ideals of a historical person. Writer portrays the main protagonist in his sakhi as spiritually strong, doer, capable of all four qualities. But when it comes to mythology in Janam Sakhi, it has to be filled with miraculous elements. Due to miracles, the depiction of Lok Parlok is beautifully depicted in the paintings. Janam Sakhis are conveying a moral/welfare message like policy stories. Sakhi writer expands the narrative of his protagonist by using devotional stereotypes associated with his protagonist, giving them a backdrop of fiction. The protagonist in Sakhis is the possessor of divine powers sent by God, to whom even the enemy powers work in his favor. There is no room for question marks on the devotion created in the anecdotes. So Janam Sakhis depict the socio-culture and the truth in the minds of the people of that time. 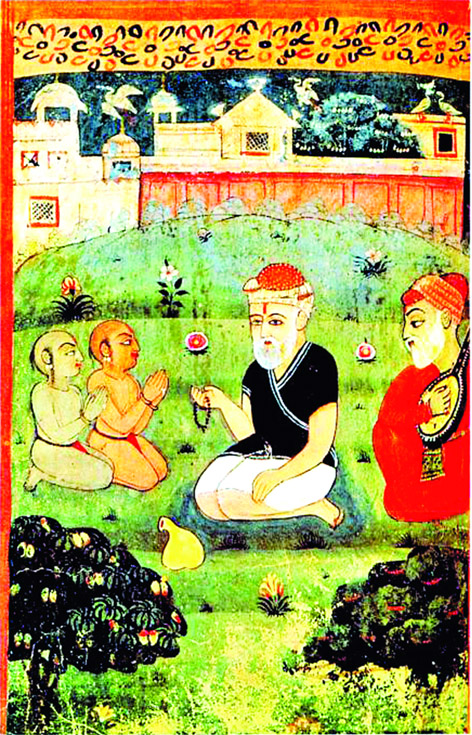 Emergence of Janam Sakhi literature, The Post Nanak period dates back to late 16th century. The Janam Sakhi tradition was in full swing in 17th century. Some anecdotes are heavily influenced by Islamic and Buddhist myths. On the left page of manuscripts on the pattern of Mughal’s, paintings related to Sakhi were made by an experienced painter. These Janam Sakhis were beautifully calligraphed. Manuscripts have been made more beautiful by painting flowers, leaves and designs around the text of Sakhi. The result is the beginning of a new painting tradition in the Guru’s time, which we have dubbed the “Sikh School of Janam Sakhi Painting”, i.e. the Janam Sakhi Sikh style of painting.