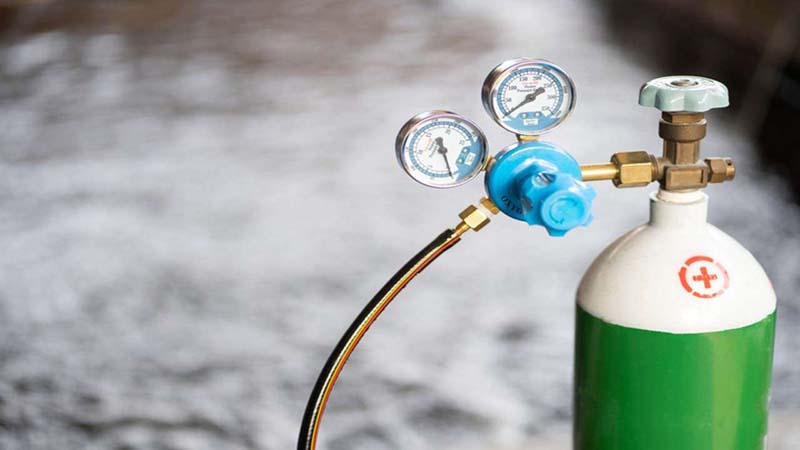 Excelsior Correspondent
JAMMU, May 13: Government has augmented almost five times the oxygen generation capacity at various hospitals of Jammu province in last one month so that no COVID patient dies due to shortage/lack of oxygen.
Official sources told Excelsior that as on April 1, 2021, the total capacity of Oxygen Generation Plants installed in various hospitals of Jammu province was only 2,450 LPM and in last over one month with the combined efforts of all including officers of Health and Medical Education Department and divisional/districts administrations, the Oxygen Generation capacity in hospital of Jammu has increased more than five times and as on May 11, it was 13,800 LPM.
Elaborating more, they said that in last one month, the capacity of Oxygen Generation Capacity in Government Medical College (GMC) Jammu has increased from 1200 LPM to 3600 LPM while they regretted that at Super Speciality Hospital Jammu and Shri Maharaja Gulab Singh (SMGS) Hospital, the Oxygen Generation capacity is same as it was one month ago i.e. 750 LPM and 500 LPM, respectively.
“Also, in Chest Diseases Hospital Jammu, Government Hospital Gandhi Nagar (Old Block), MCH Hospital Gandhi Nagar, District Hospital Samba, GMC Rajouri, GMC Kathua and District Hospital Reasi, where there was no in-house Oxygen Generation Plant one month ago, new Oxygen Plants of the capacity of 1500 LPM, 1200 LPM, 1000 LPM, 1000 LPM, 2250 LPM and 1000 LPM, respectively have been installed and made operational,” they said.
However, sources regretted that those at the helm of affairs in various hospitals are adding more beds while ignoring the capacity of the installed oxygen Generation plants and by doing this they are only creating problem for already admitted patients who are not getting required oxygen saturation and thus, losing their lives.
Medical experts opined that if the Government is really serious in saving lives of people affected with Coronavirus, it should focus on optimal utilization and proper channelizing of the available oxygen, and create emergency stock points which can function 24×7 and store above 10 MT oxygen earmarked for specific areas/health institutions.
“Besides, supply chain needs to be managed properly so that the moment the oxygen tanker leaves the manufacturing unit, it should be clear where it is going and who is going to take custody of the tanker,” they said, adding, Government should not focus on increasing the number of beds rather it should ensure that the available beds have all medical logistics including oxygen as prescribed by COVID protocol. The Government should also create separate jumbo facilities with oxygen supported beds, they asserted.
Sources further emphasized on maintaining saturation level of oxygen beyond 94 percent in all COVID hospitals and audit of consumption of oxygen by a technical team of Bio-engineers, doctors and paramedical staff, which if done timely and on regular intervals, will surely save many lives and reduce COVID mortality rate in Jammu province.