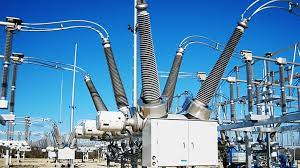 The demand for power is incessantly increasing and no doubt the generation capacity is chasing it or, as on date, generation and thus distribution or supply is not matching with the demand thereof in Jammu and Kashmir . The UT has , as such, to purchase power and that too is not just any proverbial cakewalk since funds have to be managed or the power purchased on deferred payment basis. This unfortunate scenario is there due to host of reasons even enumerating a few, would need time and space but touching an issue or two would prove the point. Jammu and Kashmir is blessed with a lot of potential for hydroelectric power generation and only a portion thereof is harnessed as the area needs huge investments in case more power plants of run -of- the- river basis are to be set up. On the other hand, whatever capacity is generated, whether that entire reaches the ultimate destination of supply and use , say a household , a commercial establishment et-al is all important to be known. Wastages are there in the system of transmission but in case of Jammu and Kashmir, it is much above the national average of roughly over 22 percent. That is precisely on account of poor infrastructure and if we succeed in reducing transmission wastages, that means as much more supply of power . Hence, besides generating more power , the need is to have a better infrastructure to an extent of refurbishing and overhauling it.
Perhaps , that factor must always be subject of consideration at the levels of planning on a priority basis in respect of Jammu and Kashmir for which an amount of Rs.12000 crore or Rs.6000 crore each for both Jammu division and Kashmir valley has been sanctioned by the central government under the Revamped Distribution Sector Scheme (RDSS). The funds can thus be utilised for augmenting the infrastructure for power distribution in urban and rural areas, the broader aim being ensuring ”regular” supply of electricity to consumers. The scheme under which Rs.12000 crore package is approved primarily aims at reducing the AT& C losses by improving operational efficiency and financial sustainability of Power departments. In fact, AT & C losses are largely responsible for disequilibrium in the power equations in that it constitutes a combination of energy losses which includes power theft and inefficiency in the procedure of billing while commercial loss comprises default in payment of power bills and inefficiency of the concerned department in collection process of the amount falling due. Needless to add, in all these spheres, the power distribution and management system especially the PDD has lot of scope to bring in more elasticity and zeal in its working. The mounting cumulative revenue gap in respect of power cost realisation and disparities among the regions need to be tackled purely in commercial and professional manner .
While we keep on criticising, short of castigating the PDD in not adopting strict means in realising power revenue which becomes due to it especially from ”bigwigs ” who otherwise owe in thousands and a few of them even in hundreds of thousands of Rupees , pressures exerted on it on the other hand from ”influential ” persons coupled with increasing political interference as also mooting a concessional framework etc upsets the applecart of the roadmap towards realisation of dues. That results in mounting revenue gaps and thus losses.
Let us be specific , unless we treat purchasing power (getting its supply up to the plug ) just like purchasing any other commodity in the market (only against cash) any revamping package or periodically bailing out the PDD by the central government is no solution. Yes, for building giant power generating projects investments on larger scales and joint ventures can be mooted but while the thrust should be on generating more power and improved distribution , it is paramount that there were cent percent recoveries so that funds for improving power infrastructure could be managed from out of the UT’s own resources. In fact, the UT government has reportedly been officially asked by the central government to increase revenue generation notwithstanding the fact there had been a proposal already sent by and for helping the UT government under the RDSS. Needless to add, however, that private investment and management in power distribution must be tried to ensure limiting power outages, reducing technical and commercial losses and guaranteeing expanding of coverage. PPP model can do better .The UT of Jammu and Kashmir is luckily treated as one of those states and UTs which are classified as “Special Category States” which should be treated as an opportunity to make the best use of the assistance received from the Central Government like under the scheme under reference. In no case , however, it should be taken to mean basking under protectionism in strict economic sense which is very often the result of setting in complacency and even being quite carefree