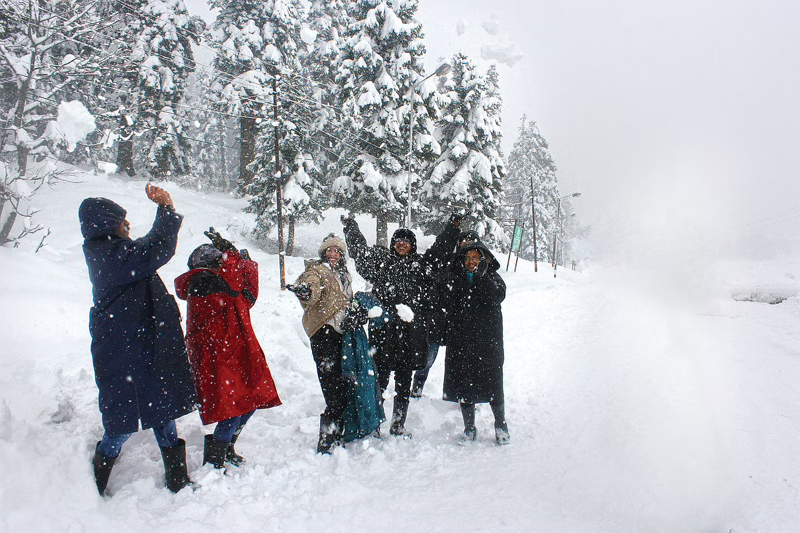 Valley sees more foreign tourists than any other place

Srinagar, Sept 27: The Government today said that more than 2 million tourists have visited Kashmir so far this year and that they are expecting an increased footfall of tourists during winters for which the necessary facilities are being enhanced.
Giving details about the arrival of tourists in Kashmir, Sarmad Hafeez, Secretary Tourism J&K, while talking to the reporters on the sidelines of the event that was held on the occasion of World Tourism Day, said that there has been no decline in the arrival of tourists and that so far, it has been wonderful for the tourism sector in Kashmir.
“There is no decline in the tourists and so far it has been wonderful; we are running the highest numbers ever; we have had more than 2 million tourists in Kashmir alone which is the highest so far,” he said.
He said that the numbers regarding the arrival of the tourists are twice the number that J&K had earlier and that ahead in winters, as per the initial information, Kashmir is going to be jam-packed with tourists.
“In October, it is going to be amazing even as the current months used to be off-season but on the contrary, we have had numbers that are thrice the number of what used to regularly have. We are sure that a large number of tourists will also reach here in winters,” he said.
Concerning the arrival of foreign tourists, he said that Kashmir is receiving foreigners more than any other part of India.
“Last year, there were no foreign tourists because there were no international flights and now the same has opened up and we are getting a good number of foreign tourists and in fact, we are getting more foreigners here than any other place in the country,” he said.
He said that recently there was a conference in Dharamshala and the flavor of the conference was Kashmir, adding necessary arrangements are being enhanced for winter tourism.
“We have created several facilities here for the winters and the LG administration has decided that all winter destinations will be kept open,” he said, adding that the department will enhance the experience of the tourists in the winter for which we will put in place more facilities.
On the occasion of World Tourism Day, several events were organized by the Department of Tourism which also includes the Heritage Walk which was also flagged off by Hafeez.
“We are focusing more on experiential tourism as there are various attractions which provide the best experience to the tourists and are nowhere seen in the world,” he said.
Under the Heritage walk, the tourist will be able to visit various heritage places in Srinagar city which includes markets as well as a live demonstration of the handicrafts.
The Tourism department, Hafeez said, is also going to organize the Houseboat festival in October. “There are several initiatives which the Tourism Department is taking apart from the winter carnival which is set to be held ahead,” he said.
Regarding corporate tourism, he said that several weddings are being held in Kashmir and more people across the world want to come to Kashmir for that.