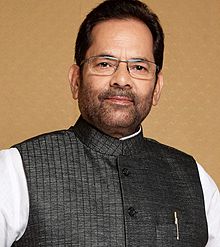 Naqvi, while speaking to reporters at the conclusion of the ‘Hunar Haat’ organised here at Baba Khadak Singh Marg from January 12, said such ‘haats’ have proved to be an “employment exchange” for master artisans and craftsmen and empowered them.

The employment-oriented programmes of the Modi Government such as ‘Hunar Haat’ have significantly encouraged and promoted the rich traditional heritage of master artisans which had been marginalised for a long time, he was quoted as saying by a statement from his office. (AGENCIES)