E-Paper
Home National Our industrial zones base for Indian firms to expand across Gulf: UAE... 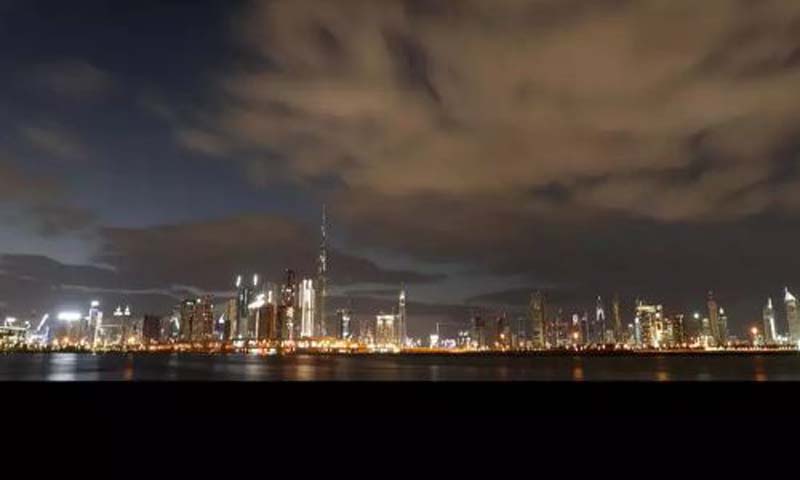 NEW DELHI, Sept 1: Indian companies are now using industrial zones such as KIZAD in Abu Dhabi as a base to expand across the Gulf Cooperation Council as well as increase exports to countries in the Middle East and further afield to Africa, a top UAE official said Sunday.
According to Falah Mohammad Al Ahbabi, member of the Abu Dhabi Executive Council, there has been significant investment from India in Abu Dhabi Ports’ subsidiary Khalifa Industrial Zone (KIZAD).
“Some USD 90 million has been attracted in Indian investment at the zone since it opened in 2012. We believe this is a reflection of the powerful combination of Abu Dhabi’s strategic location, KIZAD’s logistics efficiencies and the connectivity offered by Khalifa Port,” Al Ahbabi said.
He said Indian companies across the metals, food processing and packaging, pharmaceutical, construction and automotive industries have been household names in the UAE for decades.
He said that Prime Minister Narendra Modi’s recent visit to the UAE, where he was decorated with the Order of Zayed, would further strengthen relationship and increase trade between the two nations, which already stood at nearly USD 60 billion annually.
Al Ahbabi, who is also chairman of Abu Dhabi Ports, is of the view that both India and the UAE have extensive maritime pedigrees and a vision for the future that sees the industry at the forefront of global trade through harnessing the latest trends and technologies, from automation to artificial intelligence.
“Indeed, Maqta Gateway, a subsidiary of Abu Dhabi Ports, has been testing international blockchain solution Silsal with MSC Mediterranean Shipping Company to provide a seamless and secure link between stakeholders across the trade community,” he said.
“Meanwhile, in India, the Sagarmala Programme aims to harness the full economic potential of India’s long coastline, its potentially navigable inland waterways and strategic location on key international maritime trade routes,” he added.
The UAE Government has identified more than 400 projects entailing an investment of USD 123 billion over 10 years in port modernisation and new port development, as well as improving port connectivity, logistics and industrialisation.
To help Indian businesses grow internationally, Abu Dhabi Ports is investing heavily into port, industrial and logistics infrastructure, setting ambitious targets to make sure there are right capacity and tools in place, he said.
“Khalifa Port, for example, aims to increase container volume capacity to 9.1 million TEU ( twenty-foot equivalent unit) over the next five years. And we have committed AED 1 billion (USD 272 million) to expand and transform the Port of Fujairah. These expansions will improve Indian trade and energy shipping routes and help export-oriented Indian businesses grow,” he said.
“We are also working to further improve the ease of doing business in Abu Dhabi, in line with Ghadan 21, the three-year, AED 50 billion (USD 13.6 billion) development accelerator programme for the emirate,” he added.
Last month, Abu Dhabi Ports announced an agreement with All India Plastics Manufacturers’ Association (AIPMA) to support Indian polymer investors through KIZAD Polymers Park, a tailor-made manufacturing and distribution location for the industry.
“We believe this will support the growth of India’s thriving plastics and polymers industry,” Al Ahbabi said.
He said that the partnership between the UAE and India can help boost development on Indian coastlines and enable Indian businesses to expand across the Middle East.
“At Abu Dhabi Ports, we share this vision for the maritime sector, which is why we have launched a five-year strategy to increase capacity at Khalifa Port, the flagship port of Abu Dhabi Ports and one of the region’s biggest maritime hubs.
“We aim to increase capacity from the current 2.5 million TEU to 9.1 million TEU. This includes the new CSP Abu Dhabi Terminal; positioning Abu Dhabi as the regional hub for COSCO’s global network of 37 ports around the world. Trial operations began in April, and full operations are due to start shortly,” he said. (PTI)