ICU bed strength to be enhanced
Excelsior Correspondent
JAMMU, Mar 12: The 55th Governing Body meeting of the Shri Mata Vaishno Devi Narayana Superspeciality Hospital (SMVDNSH), Kakryal, was held today in which the functioning of the hospital was reviewed in detail.
The meeting took several important decisions to further enhance the operational capacities of the hospital, wherever required, for providing highest standards of patient care at the 230-bedded tertiary care hospital in tune with the emerging requirements.
In furtherance of these objectives, the Governing Body, interalia, decided to augment the ICU facilities in the SMVDNSH by increasing the number of critical care beds and further augmenting the dialysis facilities for facilitating the patients requiring dialysis procedures. It is pertinent to mention here that the Hospital currently has a 24-bedded ICU, besides a separate PICU and NICU. However, in view of the current ICU functioning at full capacity, the GB took a conscious decision to add another 14 beds to strengthen the ICU.
Dr. Ashok Bhan, Member, Shri Mata Vaishno Devi Shrine Board and Chairman of the Governing Body of the SMVDNSH, chaired the meeting, which was attended by Maj. Gen. S. K. Sharma (Retd), Member Shrine Board; Simrandeep Singh, Chief Executive Officer, Shri Mata Vaishno Devi Shrine Board; Viren Shetty, Group Chief Operating Officer, NH; and Cdr. Navneet Bali, Director, Northern Region, NH; who all are the Members of the Governing Body. Among those who also participated in the deliberations included Dr. (Brig) Man Mohan Harjai, Chief Administrative Officer, SMVDNSH; A. Nagarajan, Senior Vice President Finance, NH; K. S. Dattatreya, Facility Director and Dr. Saumya Ahuja, Medical Superintendent of the hospital.
Reviewing the to-date status in regard to the commencing of Organ Transplant (Renal) Programme at the 230-bedded tertiary care hospital at Kakryal, the GB emphasised the need for commencing this much needed facility as soon as the licence for the purpose is secured from J&K Government.
The meeting was informed that the SMVDNSH also performed surgeries of seven children of the state under the Rashtriya Bal Swasthya Karyakram who were suffering from various heart ailments, while more such surgeries have been planned in the coming months. The GB also noted with satisfaction the functioning of the hospital which has been treating a lot of critical and moribund cases most successfully.
The recently reconstituted GB had an analysis of the feedback and suggestions from the patients and their attendants and stressed that prompt action should be taken on each and every feedback as this would go a long way in continuously improving the delivery systems in the hospital. In this context, the need was felt to organise structured programmes for upgrading soft skills of the staff on continuous basis.
The GB also discussed the arrangements being put in place for organising 3rd anniversary celebrations of the hospital on 19 April, 2019. 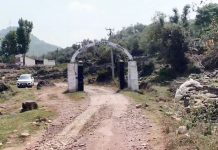