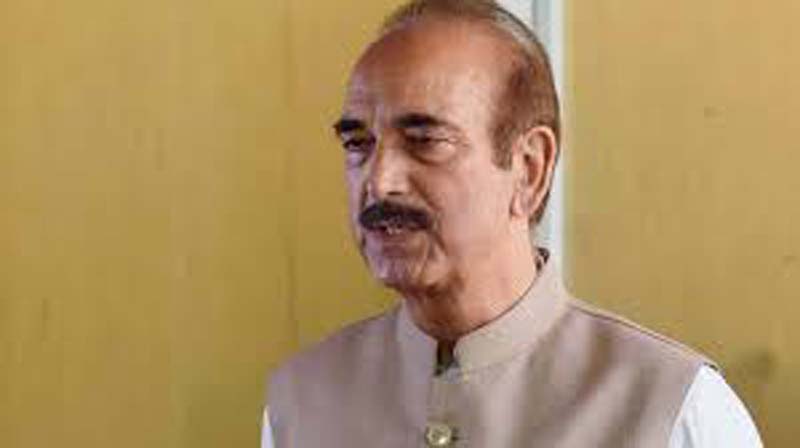 * India should get COVID vaccine: Azad

Opposition leaders in the Rajya Sabha asked the Government today to restore status quo ante as on April this year on the India-China border.
Cutting across party lines, members in the Upper House of Parliament expressed their solidarity and support to the Armed Forces, which are facing a standoff situation against the Chinese Army in Eastern Ladakh.
Leader of Opposition Ghulam Nabi Azad, Anad Sharma and former Defence Minister A K Antony of the Congress asked the Government to take efforts to restore the status quo ante of April and resolve the over-three-month-old border standoff.
Some members such as Prasanna Acharya of the Biju Janata Dal (BJD) and Sanjay Raut of the Shiv Sena cautioned the Government while entering into any agreement with China over the present situation.
Defence Minister Rajnath Singh made a statement in the Rajya Sabha after the Government and Opposition agreed that there will be no discussion on the sensitive issue.
Chairman M Venkaiah Naidu, however, allowed the members to seek a few clarifications on the statement, which was almost identical to the one Singh made in the Lok Sabha on September 15.
Sharma said the country is proud of its Army and the sacrifices made by the soldiers to protect the border.
Azad said he stands with the armed forces and salute their valour.
Being a citizen of the erstwhile State of Jammu and Kashmir, Azad said the people from there are ready to sacrifice themselves to defend the territory and integrity of the nation.
“On behalf of my party, I would say at least on this China issue, we stand with the Government. There should be no compromise. They should go back to the position where they were in April,” the Congress leader said.
Raut said patience and valour are the traditions of India, but not of China.
The neighbouring country has a “tradition of betrayal and we should always be careful with them,” the Shiv Sena leader said.
Meanwhile, noting that several countries have already secured favourable commitment for supply of a COVID-19 vaccine, Azad today said India should be well placed to get the vaccine at an “affordable price” and at an “early stage” through a mechanism like pooled procurement.
However, the Government should be “over cautious” about the quality, safety and efficacy of a new vaccine as any long term side effects would impact India which has a large and young population, he said.
Participating in a debate on COVID-19 pandemic in the Upper House, the former Health Minister attacked the Government for losing “golden months” to stop the spread of the disease despite a warning from the World Health Organisation (WHO) in December 2019 about the spread of a mysterious pneumonia in neighbouring China.
“It was happening in our neighbourhood, we should have been alert,” he said, adding that even former Congress President Rahul Gandhi had warned about the coming of a pandemic of this nature in March. (PTI)