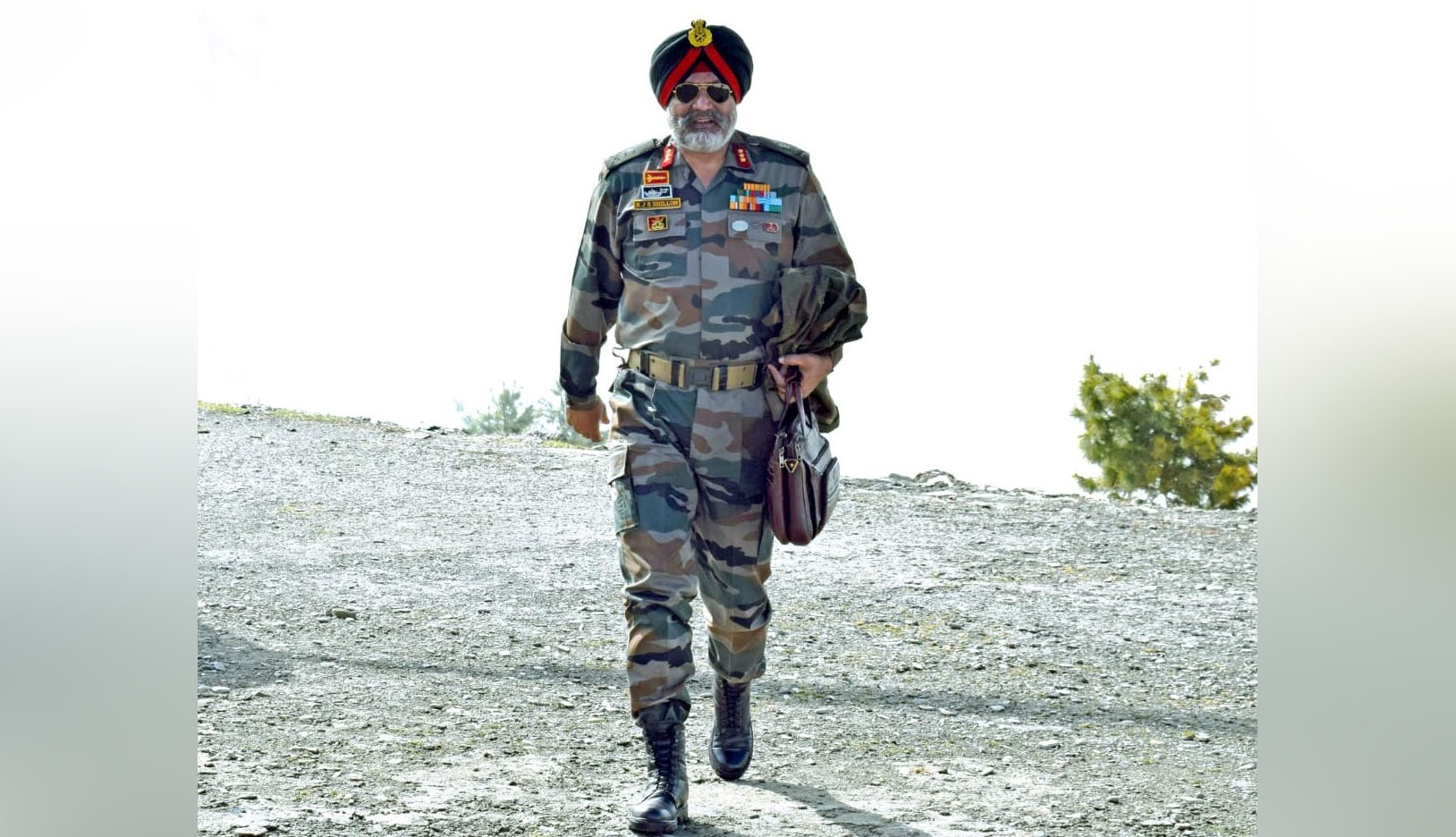 JAMMU, Jan 31: After serving at various strategic postings in the Indian Army during his career spanning 39 years, Lt Gen KJS Dhillon retired on Monday, with his last assignment being that of Director General Defence Intelligence Agency and Deputy Chief of Integrated Defence Staff (Intelligence).
Commissioned in the army in December 1983, the illustrious officer, popularly known as ‘Tiny Dhillon’, earned widespread appreciation for initiating Operation Maa’ during his tenure as the head of Kashmir-based XV Corps where he approached the families especially mothers of misguided youths who had joined militancy and requested them to bring back their children into the national mainstream.
”Do good and serve your mother, then your mother and then your father. This is the importance of the mother in the Holy Quran. This was the message I used to tell all the misguided youths,” Lt Gen Dhillon had said.
Lt Gen Dhillon came in the spotlight immediately after taking over as the Corps commander of the strategically located XV Corps when security forces eliminated Kamran alias ‘Ghazi’, mastermind of the February 2019 terror attack on CRPF personnel in Pulwama that left 40 jawans dead.
”Kitne Ghazi aaye aur kitne gaye, hum yahin hain dekh lenge sabko (Many such terrorists have come and gone, we stand where we are rock solid),” were his comments during a press conference to announce the success.
The statement, which went viral on social media with lakhs of hits recorded on YouTube and Twitter, was seen as a reflection of the army’s resolve in fighting terrorism along the Line of Control as well as the hinterland.
During his stint in Kashmir, which was the third in his career, Lt Gen Dhillon ensured a befitting reply to Pakistan which used unprovoked firing to provide cover to terrorists for infiltration.
Lt Gen Dhillon had taken over the command at a crucial time when the Centre executed its plan of abrogation of the special status of the J-K and the state’s bifurcation into two union territories — Ladakh and Jammu and Kashmir.
After the successful completion of his tenure in Kashmir, Gen Dhillon took over as DG, DIA, an intelligence unit, created in 2002 on the recommendations of a Group of Ministers that looked into lapses leading to the Kargil intrusion in 1999.
His posting at the DIA, which looks after the intelligence requirement of the armed forces, came at a time when the US-led allied troops were withdrawing from war-ravaged Afghanistan.
He has been awarded several medals during his career which include Param Vishist Seva Medal and Uttam Yudh Seva Medal.
Lt Gen Dhillon handed over the charge of DIA to Lt Gen GAV Reddy. (Agencies)