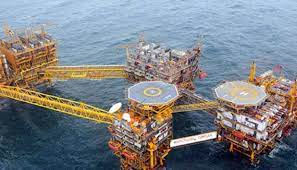 Hyderabad, Dec 2: Three major oil and gas companies- Oil and Natural Gas Corporation Limited (ONGC), IOCL and Vedanta Resources Limited together have around USD 1.9 billion of rated US dollar bonds maturing next year, rating agency Moody’s Investor Services has said.
Capital markets are volatile and investor appetite remains selective, so refinancing risks will remain elevated particularly for high-yield issuers such as Vedanta, which accounts for around 47 per cent of the upcoming bond maturities, it opined in a report on December 1.
Vendanta’s USD 400 million (coupon rate 8 per cent) and another USD 500 million (7.125 per cent) bonds would mature on April 23 and May 31 next year respectively while ONGC’s USD 500 million bonds (3.75 per cent) and IOCL’s USD 500 million bonds (5.75 per cent) would mature on August 1 and May 7 next year respectively, it said.
The rating agency also said the weakening rupee is credit negative for Indian companies that generate revenue in the domestic currency but depend on US dollar debt to fund their operations and also credit negative for companies with dollar-denominated costs but rupee-based revenue.
“However, we expect the negative credit implications to be limited or temporary,” Moody’s said. (PTI)