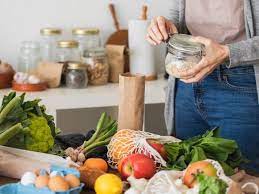 Brisbane (Aus), Sept 26:Of the many government-led strategies to promote healthy diets, keeping healthy food free of sales taxes offers clear benefits.
When political party the Australian Democrats negotiated an exemption for “basic healthy foods” as part of the country’s introduction of a goods and services tax in 2000, they set in motion an often underappreciated measure to help keep healthy diets less expensive.
As US President Joe Biden calls for ideas to help end hunger and improve nutrition, there are simple tax options he could consider.
Of the three relevant food price-manipulation strategies used by Governments – subsidies on ‘healthy’ foods (eg agricultural and transport subsidies, retail price reductions or vouchers for high-risk groups); taxes on specific ‘unhealthy’ foods; and exemptions from GST or value added tax for ‘healthy’ foods – the latter is the least common.
Several countries and some US states now have taxes on specific ‘unhealthy’ foods, most commonly sugar-sweetened beverages. But only Australia, Canada, Mexico, Ireland and the United Kingdom apply differential taxes according to the healthiness of broader groups of food.
In the face of escalating cost of living, climate change, and chronic disease, efforts to ensure nutritious, sustainable diets are available to all are more important than ever.
Governments can use various strategies to manipulate food prices, but the exemption of healthy foods such as fruit vegetables, bread, fresh meat, fish, milk and eggs from a GST that is applied to all unhealthy, “discretionary” or ultra-processed foods and drinks both helps to avoid such taxes being regressive, and promote dietary choices that benefit people’s health.
Poor diet is the leading preventable contributor to the burden of disease in Australia and globally. Rising rates of obesity, type 2 diabetes, heart disease, some cancers and other chronic illnesses are underscored by poor diets high in unhealthy foods.
More than two-thirds of Australian adults (67 per cent) and one in four children in Australia are overweight or obese. Less than 4 per cent of adults consume a diet consistent with the Australian Dietary Guidelines. Dietary choices are driven by ‘obesogenic’ food environments, which foster the ubiquitous availability, promotion and convenience of unhealthy food and drinks.
Under-investment in nutrition promotion and preventive health programmes doesn’t help. Neither does the perception that healthy foods are more expensive than unhealthy options, due to marketing, including promotion of take-away meal deals. As a result, in Australia more than one-third of adults’ energy intake, and nearly 40 per cent of children’s, is derived from unhealthy foods and drinks. Australian households spend around 58 per cent of their food budget on these unhealthy options.
The exemption of basic healthy food from GST in Australia helps keep the relative price of healthy food down. Multiple research studies have shown that diets consistent with Australian health guidelines can be between 16 per cent and 24 per cent less expensive than the habitual diets reported in the most recent national health survey.
However, in many settings healthy diets are still unaffordable for households on minimum wage or welfare income, with total costs exceeding 30 per cent of disposable household income. The proportion of income needed to buy food is even greater in Aboriginal and Torres Strait Islander and remote communities.
Since the GST was introduced there have been frequent calls for expansion of its base to include the healthy foods that are currently exempt. Modelling studies confirm this would increase the cost of healthy diets by nearly 10 per cent, more than double the increase in cost of the current, unhealthy diet (4.5 per cent). This would add yet another hurdle impeding the shift to recommended diets, especially for the most vulnerable Australian families.
Another study confirmed if healthy foods were exempt from the 15% GST imposed on all food and drinks in New Zealand, healthy diets would become significantly more affordable.
If the GST rate on unhealthy foods and drinks was increased to 20 percent in Australia and current exemptions retained this would effectively work as an increased health levy and help encourage improved dietary choice. The cost of the healthy diet would not be impacted, but the cost of the unhealthy diet would increase. Additional differential tax rates, such as 30 per cent GST on sugar-sweetened beverages, may also have merit.
At a time of spiralling cost of living and rates of food insecurity, keeping basic, healthy foods and drinks GST-free is crucial to protect economic access to healthy diets for many Australians. Further increasing the differential GST rate would deliver even greater benefits for population and planetary health, and for future government spending. (360info)
(AGENCIES)