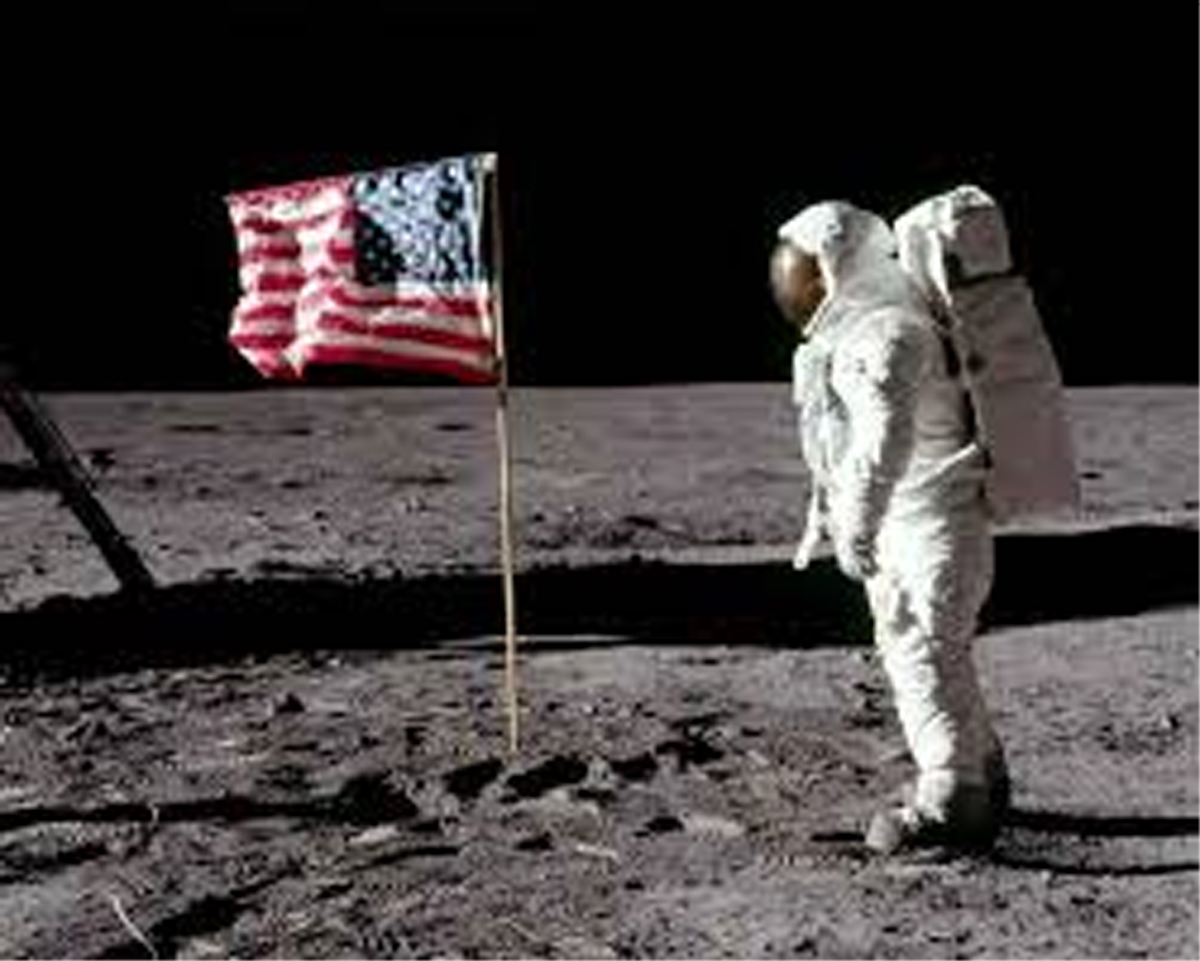 HOUSTON, July 21: “That’s one small step for man, one giant leap for mankind”: it was with these words that Neil Armstrong became the first person to set foot on the Moon 50 years ago, an occasion celebrated by space enthusiasts globally Saturday.

The era-defining event was watched by more than half a billion people around the world, and represented one of humanity’s greatest achievements.

In the US, its 50th anniversary has revived public enthusiasm for crewed space flight, as NASA charts out new missions to the Moon and on to Mars.

At 4:18pm ET (2018 GMT) on July 20, 1969, the lunar module carrying Armstrong and crewmate Buzz Aldrin touched down on the Sea of Tranquility, following a four-day journey.

“Houston, Tranquility Base here. The Eagle has landed,” Armstrong said.

A little over six hours later, at 10:56pm ET (0256 GMT Sunday), Armstrong climbed out of the lunar module and uttered his immortal words — which he later said he thought about during the flight and prior to exiting Eagle.

“We had the problem of the five-year-old boy in a candy store,” Armstrong would later go to say. “There are just too many interesting things to do.” In Houston on Saturday night, thousands of space enthusiasts descended upon the visitor area of the NASA Johnson Space Center for a countdown to the “Moonversary,” and watched a giant screen that replayed the iconic moments, before fireworks lit up the sky.

NASA has been in overdrive for several weeks to mark the anniversary, with exhibits and events around the country, including projecting the giant Saturn V rocket and clips from the mission on the Washington Monument.

“Looking back, landing on the moon wasn’t just our job, it was a historic opportunity to prove to the world America’s can-do spirit,” Aldrin, 89, tweeted.

Earlier in the day, Vice President Mike Pence delivered a speech from Cape Canaveral, from where Armstrong, Aldrin and Michael Collins, the third crew member, took off.

“Apollo 11 is the only event in the 20th century that stands a chance of being widely remembered in the 30th century,” Pence said.

NASA has declared its intention to return to the Moon by 2024 under the Artemis program — the twin sister of Apollo in Greek mythology — and this time place the first woman on its surface.

It plans to establish a lunar orbiting platform, called a “Gateway,” studying how living organisms react to the radiation and microgravity of a deep space environment over a long period, as it looks ahead to a crewed Mars mission in the 2030s.

Experts doubt that the space agency can meet its current goals on time. None of the key elements — the rocket, crew capsule, lander, or orbital station, are yet ready.

Pence used the occasion to announce that the Orion crew capsule had now been assembled, “a critical milestone.” According to a release by maker Lockheed Martin, it needs several months more of testing before it is delivered for launch processing in early 2020.

In an interview with Fox News, Aldrin lamented the lack of progress in human space exploration since the Apollo program, which ended in 1972.

He also called for global cooperation to achieve humanity’s next steps on the Moon and Mars.

“It would not be at all helpful to be competing for the Moon or Mars, that’s very wasteful,” he said.

Collins too is keen for crewed missions sooner rather than later, and has advocated for the US to go “direct to Mars” rather than returning to the Moon first.

Asked on Saturday if he thinks much about the events of 50 years ago, he told Fox News: “Not very often.

“I lead a quiet life. I’ll be walking along down my street at night, when it’s starting to get dark and I sense something over my right shoulder and I look up and see that little silver sliver up there and think, ‘Oh that’s the Moon! I’ve been there!’

The White House meanwhile issued a statement announcing it was “committed to reestablishing our Nation’s dominance and leadership in space for centuries to come.” Both presidents George HW Bush and his son George W Bush made similar promises but financial constraints stopped their vision from being realized.

The future of Artemis rests therefore on the willingness of Congress to substantially increase NASA’s current budget of USD 21 billion — and possibly on the outcome of the 2020 presidential election. (AGENCIES)