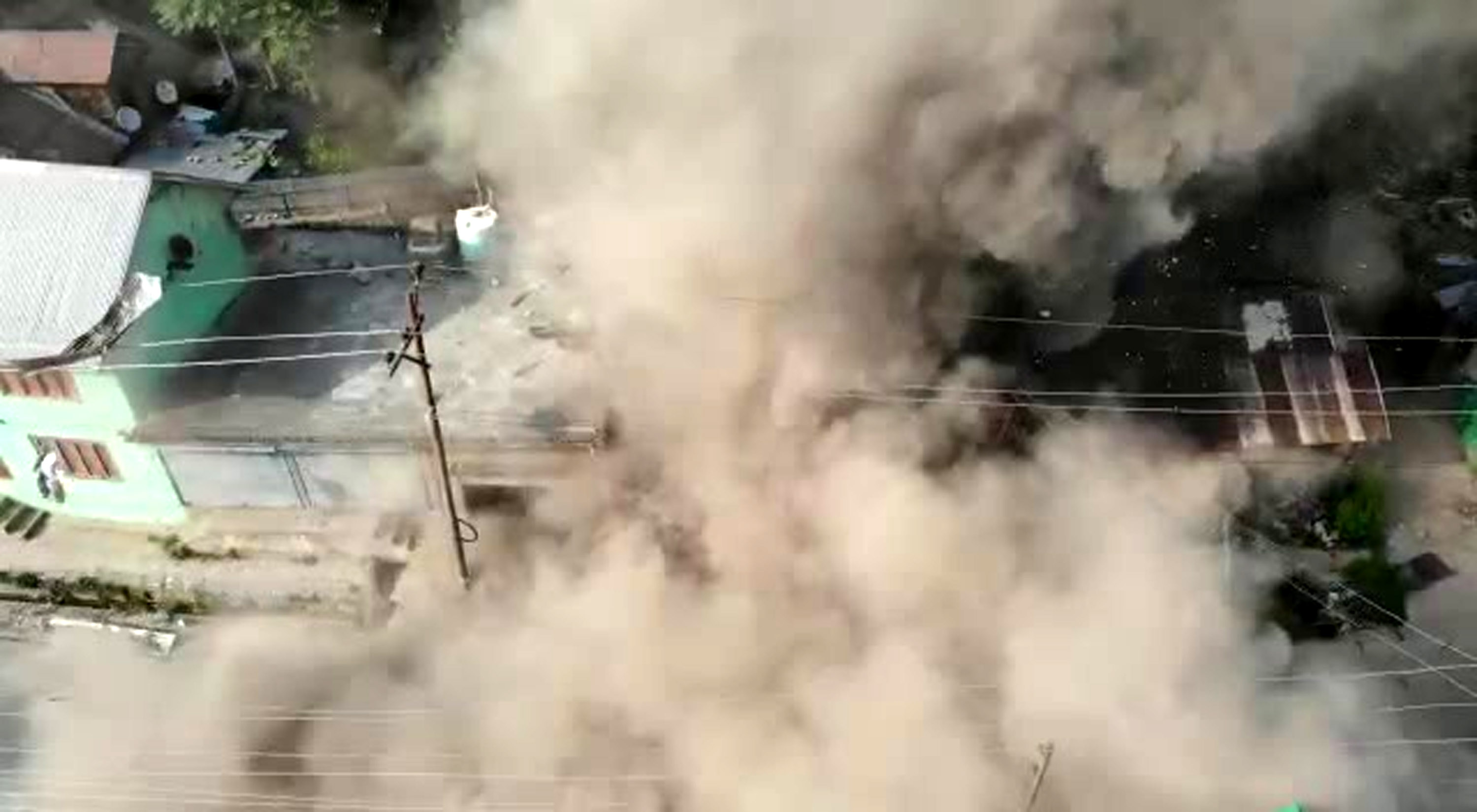 SRINAGAR, June 29: Security forces today destroyed a terrorist hideout in Jammu and Kashmir’s Bandipora district. The forces carried out the operation after they arrested a Lashkar-e-Taiba terrorist in Bandipora’s Nadihal area.
Drone footage of the operation shows a building being blown up in Bandipora.
The terrorist has been identified as Mehboob ul Inam, a resident of Nadihal, Kashmir Zone Police said. “Police and SFs arrested an LeT terrorist at a checkpoint at Papchan in Bandipora,” Kashmir Zone Police said in a tweet.
On the basis of his disclosure, incriminating material, arms and ammunition including three AK-rifles, 10 magazines, 380 rounds, two kilogram explosive substance and one Chinese grenade was seised, the official said. (Agencies)