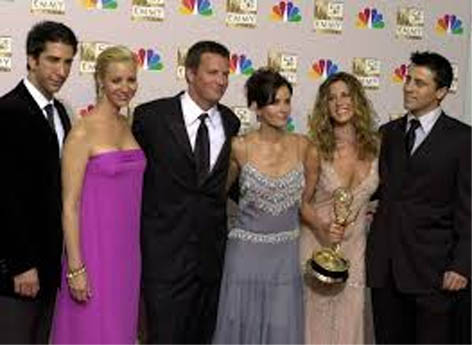 London, May 31: A brand new cookbook inspired by the popular sitcom “Friends” is slated to be launched in September.
Titled “Friends: The Official Cookbook”, the collection will feature over 70 recipes with different options for chefs of all levels, reported DigitalSpy.
Written by Amanda Yee, the cookbook is due for release on September 22, which marks the 26th anniversary of the hit NBC sitcom series.
From starters, main courses to desserts, each chapter of the book will feature iconic foodie moments, including Phoebe’s Grandmother’s Cookies, Ross’s famous Moist Maker sandwich, Monica’s lavish Thanksgiving feast, Rachel’s infamous Trifle, from across the show’s 10 seasons.
The book is available to pre-order now.
Meanwhile, the six stars — Jennifer Aniston (Rachel), Courteney Cox (Monica), Lisa Kudrow (Phoebe), Matthew Perry (Chandler), Matt LeBlanc (Joey) and David Schwimmer (Ross) — were scheduled to reunite for a one-off unscripted reunion for HBO Max, the filming of which was pushed due to the coronavirus pandemic.
The shooting of the much-anticipated special is expected to be completed by the end of the summer. (PTI)