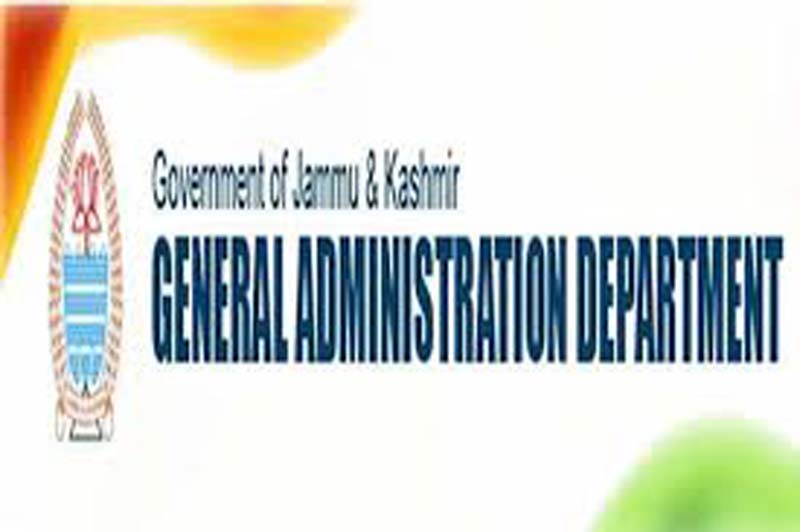 Mohinder Verma
JAMMU, June 1: Bizarre it may sound but it is a fact that majority of the officers who hold the post of Secretary to the Government, General Administration Department at the fag end of their service become ‘eligible’ for appointment in the statutory bodies after their superannuation. This is because they devote much time in ‘managing’ their post-retirement ‘rehabilitation’ than carrying out reforms in the administration and paying required attention towards other vital aspects of governance.
This can be gauged from the appointments made in different statutory and other bodies of the erstwhile State of Jammu and Kashmir during the past several years. Even at present efforts are being made to continue this ‘unjustified’ practice aimed at showering special benefits upon the ‘influential’ officers.
As per the sources, a senior officer in the General Administration Department is trying his level best to get adjusted in the Jammu and Kashmir Public Service Commission well before his retirement from the service.
Earlier, Hilal Ahmad Parray, who was holding the post of Secretary to the Government, General Administration Department, ‘managed’ his appointment as Vigilance Commissioner in the State Vigilance Commission of the erstwhile State of Jammu and Kashmir well before his retirement from the service.
Even Mohammad Ashraf Bukhari, who at the fag end of his service held the posts of Commissioner/Secretary to the Government, General Administration Department as well as Commissioner/Secretary Agriculture Production Department, was posted as Chairman of the Board of Professional Entrance Examination (BOPEE).
Even several predecessors of Bukhari were appointed to the statutory bodies including Jammu and Kashmir State Electricity Commission. Some officers, who too held the post of Secretary, General Administration Department were also considered for the vacant posts in the statutory bodies but at the last moment their names had to be dropped because of some controversies and pendency of cases against them.
All this clearly indicates that most of those officers who remained at the helm of affairs in the General Administration Department at the fag end of their service tenure had devoted most of the time in convincing the top politicians or bureaucrats in ‘managing’ their post retirement ‘rehabilitation’.
“Even successive Governments can be held responsible for this unhealthy practice as they gave preference to such officers over other bureaucrats who could have been considered for posts in the statutory bodies for meeting the laid down criteria”, sources said, adding “because of this unending practice everybody in the administration right from top to the bottom is carrying an impression that becoming GAD Secretary is the only eligibility criteria for being appointed in the statutory and other bodies after retirement”.
They further said, “it seems that carrying out administrative reforms while heading a department, which is considered as backbone of the civil administration, was least priority for them otherwise several vital issues like updation of Rules, fixing of seniority of officers of the Jammu and Kashmir Administrative Service etc could have been settled long back”.
“It is the General Administration Department which constitutes committees on all the important aspects of the governance but such committees never submit reports or findings within the prescribed time-limit and those who remain at the helm of affairs in this particular department never bother to intervene”, sources said, adding “this indicates that the role of the GAD is confined to mere issuance of Government orders and not ensuring implementation of the same”.
What to talk of other committees even those in which Secretary of the General Administration Department is supposed to play crucial role never furnish reports on time. “In numerous meetings of the Committee of Secretaries the Chief Secretary is compelled to reiterate directions mainly because GAD shirk from its responsibility of maintaining proper liaison with other departments”, they added.
“It is the high time for the present Government to bring an end to the practice of accommodating the GAD Secretary in the statutory bodies at the fag end of service otherwise there will be no end to the resentment among other officers”, sources stressed.