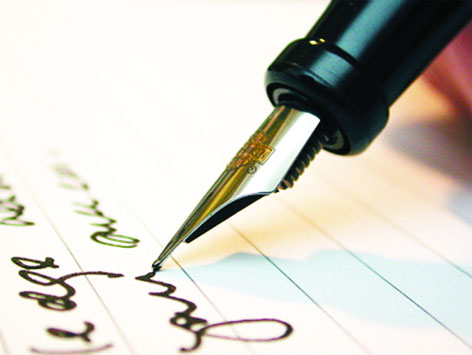 Mir Abas
“the thing you are most afraid to write, Write that….
Oozing your blood out in the colour of ink, stinking, writing word by word, drop by drop to form a sentence, an emotion is the art and aim of writing. Writing is usually referred to as the art of putting the words down and formulate them into a meaningful sentence. But writing is not always about sentence formation. It is about emotion regulation. It is about opinion building. Writing means to put down what you feel by the innermost sensors of your heart, what you think by the gravest and grandest cells of your mind, and what flows along with Hemoglobin in your blood. That is why writing is necessarily influenced by the situation author is living with.
Writing, or oozing your blood down, is one of the most important things Humans can think about. It is not only about writing an article or Novel or a nonfiction book; it is actually about writing what you live with and in. That is the reason behind the writings of Dickens, Dostoevsky, Kafka, Manto and Chugtai. Importance of writing lies in the fact that writer is actually the mirror of the prevalent society. What happens in society happens in the writings of a writer and what writer predicts is what society is upto in future.
There is no denying the fact that writing is a universal panacea. It enjoys a great and unique status in the world of art. Writing has been a very keen interest of most of the people since the beginning. To a lover, writing is a medium to praise the beauty; to a philosopher, writing is a mirror to reflect the power of wisdom; to a scholar, writing is a source to preach and to a fighter, it is a weapon to burn the fire of revolution in society. However, the importance of writing is always found at its summit. Writing sometimes proves to be a true and loyal friend. When one has no source to express the feelings and share one’s thoughts with, writing at that time works as a friend and listens to. Besides a source of giving a concrete shape to the abstract ideas, writing also works as a sword in unison.
There are various marvellous writers in history whose writing proved to be a source of inspiration and motivation of numberless faces. History witnesses that writing has been a key to unlock the locks of prosperity and a stroke on the chains of slavery. The amazing work of such writers caused independence and awareness of the masses. Whether it is the matter of the Renaissance in England or the freedom of the land of the pure people; whether it is Russia or the war of 1857; whether it is a problem with a single community or any serious religious matter, writers are always found playing their leading role to turn the tables of the foe with the help of their precious writings.
When the Muslims were found far away from standing against the evil, the writing of Shah Ismail Shaheed proved to be an asset to revolutionise the Muslim Ummah. When the young were found lazy and disappointed, Iqbal’s poetry burnt the fire of high aspirations in them. When the world was found in the grip of materialism, the names of Keats and Wordsworth appeared to be a source to identify and praise the beauty of nature. Nevertheless, the significance of writing needs no evidence to prove it true to its salt. It itself speaks of its unique characteristics and artistic beauty…
(The author is Assistant Professor Department of English Degree College Handwara)
feedbackexcelsior@gmail.com