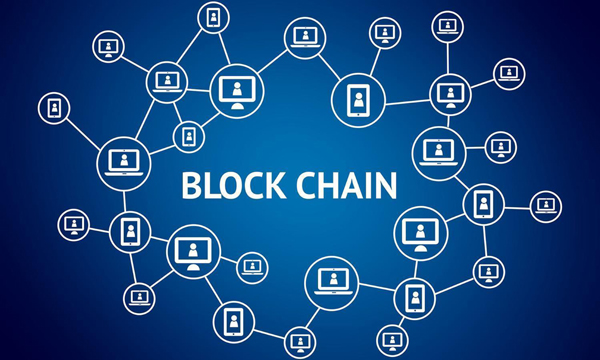 Most people are familiar by the terms ‘Cryptocurrency’, ‘Bitcoin’ but they are not so aware about the core component of this digital currency i.e. blockchain. Blockchain is a growing list of records, called blocks, which are linked and secured using cryptography which makes it resistant to change. Each block contains a pointer as a link to a previous block, a timestamp and data. A blockchain is managed using a peer-to-peer network and is a decentralized and distributed digital ledger that is used to record transactions across many computers so that the record cannot be altered retroactively without the alteration of all subsequent blocks and the collusion of the network. This allows the associated parties to verify transactions through mass collaboration. It also confirms that each unit of value was transferred only once and as such it is deemed to be safe and inexpensive as compared to conventional systems.
A blockchain consists of two records i.e. transactions and blocks. Blocks hold valid encrypted transactions and each block includes information of the prior block in the blockchain to provide continuity, integrity and linkage. Participating entities have different versions of the history from time to time but only the highest scoring version is retained.By storing data across its network i.e. a decentralized model, the blockchain eliminates the risks that come with centralization i.e. there is transparency and no single point of failure. Transparency is a key area and is achieved easily through decentralized model as there is not one centralized copy but all participating entities have a copy of the blockchain which implies all participating entities are trusted equally.All transactions are broadcast
to the network and are validated using various time-stamping methods like proof-of-work, proof-of-stake or proof-of-authority.With all the advantages related to this revolutionary concept, there are security risks as well. In proof of work, miners compete to add the next block in the chain by racing to solve a extremely difficult cryptographic puzzle.
The first to solve the puzzle is rewarded but it requires high computational energy and therefore the majority of mining is centralized in areas of the world where electricity is cheap which threatens to subvert crypto currency’s democratic nature and may lead to network centralization and the possibility of collusion. Access to a blockchain requires both a public and a private key and without the right keys, no bad actor will be able to access the data.
Therefore, the primary target of the bad actors is to get the keys by exploiting the weakest point in the system i.e. personal computer or mobile device which is a known security risk to all. Blockchain code is still not mature and may be subject to unknown security vulnerabilities which make it prone to attacks like timejacking and double spending. Lastly, lack of regulations and standards are adding fuel to the fire as it may be a challenge to standardize this environment given the dynamic nature and complexity of the crypto currency environment. Therefore, the pace at which this environment is evolving, there is a need to build up appropriate checks and balances before the transactional volume and associated security risks goes out of hand.