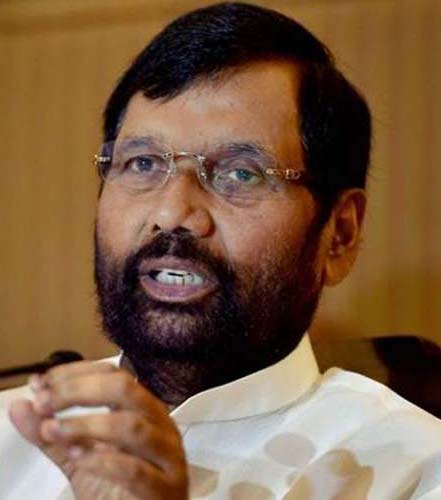 NEW DELHI, June 1:
Three more states — Odisha, Sikkim and Mizoram — have joined the ‘One Nation-One Ration Card’ scheme, taking the number of states and union territories (UTs) which have joined the scheme to 20, Food Minister Ram Vilas Paswan said on Monday.
By August, Uttarakhand, Nagaland and Manipur will also be added to the national cluster, he added
Under the ‘One Nation-One Ration Card’ initiative, eligible beneficiaries would be able to avail their entitled foodgrains under the National Food Security Act (NFSA) from any Fair Price Shop in the country using the same ration card. The Food Ministry aims to implement this facility across the country by March 2021.
“Today three more states namely – Odisha, Sikkim and Mizoram have been included in the scheme,” Paswan said in a statement. He said necessary infrastructure work — upgradation of electronic Point of Sale (ePoS) software, integration with central Integrated Management of PDS (IM-PDS) and Annavitran portals, availability of ration cards/beneficiaries data in central repository and requisite testing of national portability transactions — required for ration card portability has been completed in these three states.
So far, ration card portability has been enabled in 17 states and UTs — Andhra Pradesh, Bihar, Dadra & Nagar Haveli and Daman & Diu, Goa, Gujarat, Haryana, Himachal Pradesh, Jharkhand, Kerala, Karnataka, Madhya Pradesh, Maharashtra, Rajasthan, Punjab, Telangana, Tripura and Uttar Pradesh.
“Further, constant efforts are being made by this Department to expand the reach of national portability to the beneficiaries of other states/UTs also in association with respective state/UT governments,” Paswan said. The Food Ministry is doing all necessary arrangements to include remaining 13 states and UTs to the national cluster. A central technical team has imparted the requisite orientation training to the technical teams and concerned officers of these states through video conferencing and necessary guidelines/instructions for the implementation of national/inter-state portability were also provided to them, Paswan said. (PTI)