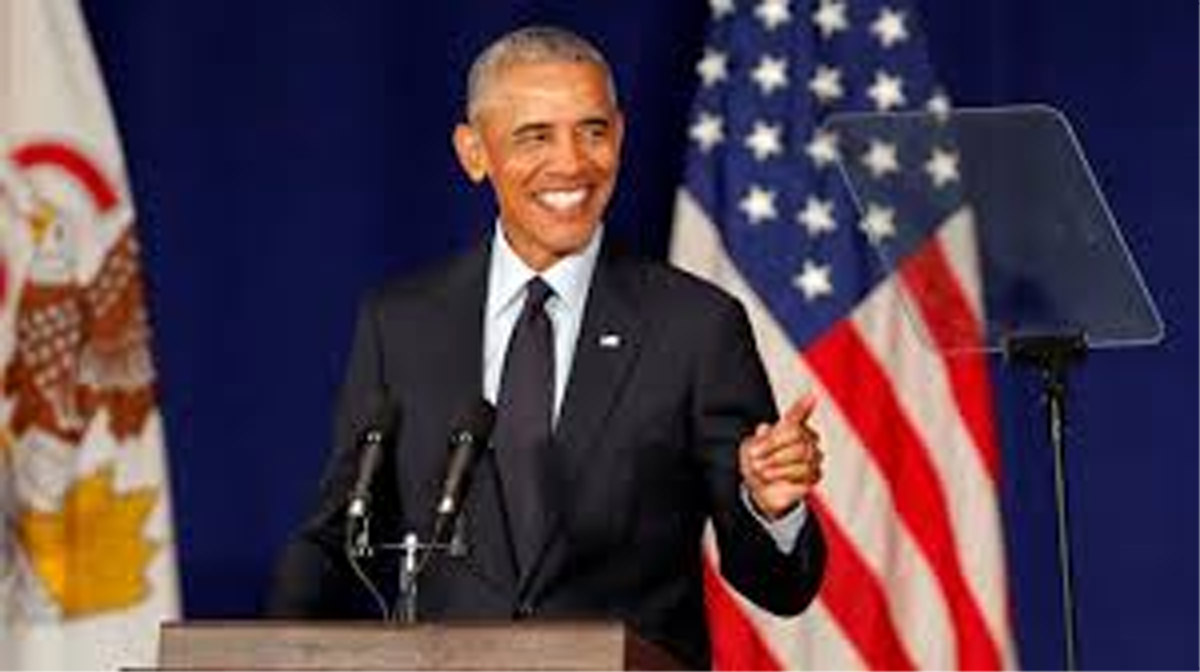 CHICAGO, Sept 8: Former US president Barack Obama Friday came out in open against his successor Donald Trump, blasting his policies and reminding voters that the economic recovery began on his watch and not in this regime, saying “he is a symptom and not the cause”.
Addressing at the University of Illinois, Urbana-Champaign, less than two months before the mid-term elections that could determine the course of Trump’s presidency, he said that the democracy in the US was facing the biggest threat of “indifference” and “cynicism”.
“In the end, the threat to our democracy doesn’t just come from Donald Trump or the current batch of Republicans in Congress or the Koch Brothers and their lobbyists, or too much compromise from Democrats, or Russian hacking. The biggest threat to our democracy is indifference,” Obama said.
“The biggest threat to our democracy is cynicism – a cynicism that’s led too many people to turn away from politics and stay home on Election Day. To all the young people who are here today, there are now more eligible voters in your generation than in any other, which means your generation now has more power than anybody to change things.
“If you want it, you can make sure America gets out of its current funk,” he added.
Launching an unprecedented attack on Trump and his policies, Obama said: “It did not start with Donald Trump. He is a symptom, not the cause.”
“He’s just capitalising on resentments that politicians have been fanning for years. A fear and anger that’s rooted in our past, but it’s also born out of the enormous upheavals that have taken place in your brief lifetimes,” he said.
The former president said his presidency of eight years pulled the US economy out of crisis.
“But to this day, too many people who once felt solidly middle-class still feel very real and very personal economic insecurity.”
“Even though we took out bin Laden and wound down the wars in Iraq and our combat role in Afghanistan, and got Iran to halt its nuclear programme, the world’s still full of threats and disorder,” he said, adding that comes streaming through people’s televisions every single day.
“And these challenges get people worried. And it frays our civic trust. And it makes a lot of people feel like the fix is in and the game is rigged, and nobody’s looking out for them. Especially those communities outside our big urban centers,” Obama said.
During his hour long speech, Obama said this Congress has championed the unwinding of campaign finance laws to give billionaires outsized influence over our politics; systemically attacked voting rights to make it harder for the young people, the minorities, and the poor to vote.
Slamming Trump’s policies, he further said that he handed out tax cuts without regard to deficits, slashed the safety net wherever it could.
“Cast dozens of votes to take away health insurance from ordinary Americans. Embraced wild conspiracy theories, like those surrounding Benghazi, or my birth certificate,” he added
He further said that Trump rejected science, rejected facts on things like climate change, embraced a rising absolutism from a willingness to default on America’s debt by not paying our bills, to a refusal to even meet, much less consider, a qualified nominee for the Supreme Court because he happened to be nominated by a Democratic President.
“None of this is conservative,” Obama said.
“I don’t mean to pretend I am channelling Abraham Lincoln now, but that’s not what he had in mind, I think, when he helped form the Republican Party. It’s not conservative. It sure isn’t normal. It’s radical. It’s a vision that says the protection of our power and those who back us is all that matters, even when it hurts the country,” Obama said.
“It’s a vision that says the few who can afford a high-priced lobbyist and unlimited campaign contributions set the agenda. And over the past two years, this vision is now nearing its logical conclusion,” he said. (PTI)