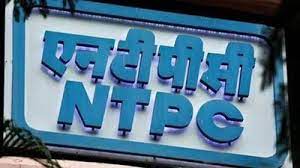 NEW DELHI, Dec 4: State-owned power giant NTPC is likely to get a strategic investor for its arm NTPC Green Energy Ltd by March 2023, which will help raise up to Rs 3,000 crore for implementing renewables projects in the country.
“NTPC is in the process of roping in a strategic investor for its subsidiary NTPC Green Energy Ltd. The company wants to raise Rs 2,000 crore to Rs 3,000 crore through this transaction, which is likely to be completed during this fiscal year or by March 2023,” a source said.
The source told that some pension funds, equity investors and big firms had evinced their interest to invest in NTPC Green Energy Ltd. Thus the process of bringing a strategic investor for the subsidiary is expected during this fiscal year only.
In view of NTPC’s plan to have 60 GW capacity through RE (Renewable Energy) sources, constituting nearly 45 per cent of its overall power generation capacity by 2032, the company would require over Rs 2.5 lakh crore to achieve this ambitious target in next one decade.
At present the NTPC has a commissioned renewable energy capacity of 2,332 MW. The total installed power generation capacity, including fossil-fuel based, of the NTPC Group (including joint ventures and subsidiaries) stands at 70,254 MW.
NTPC supplies one-fourth of the total electricity supply in the country.
The government has set the target of having 500 GW power generation capacity from clean sources like solar, wind and hydro plants by 2030.
The NTPC Green Energy Ltd was incorporated with the Registrar of Companies, NCT of Delhi & Haryana, on April 7, 2022. (PTI)