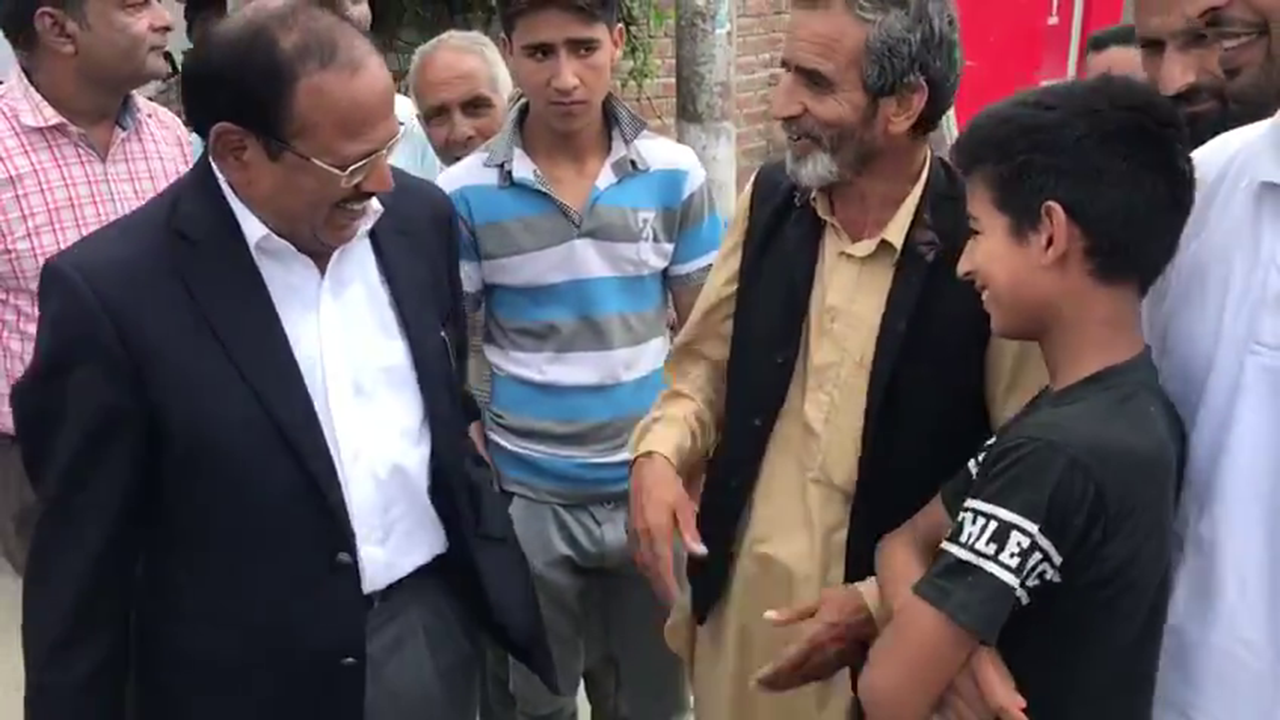 Camping here since August 6, a day after the Centre revoked the provisions of Article 370, which gave special autonomous status to Jammu and Kashmir, Doval had on Friday toured the sensitive downtown Srinagar and interacted with locals and security personnel.

According to officials, the NSA stopped at a cattle market set up in Anantnag—a hotbed of terrorist activities.

In a video circulated on social media, Doval can be heard enquiring about the price, weight and diet of the cattle—mostly sheep on sale at the market.

A young trader, after informing Doval that he brought his cattle from Drass area of Kargil, asks him: “Do you know where Drass is?”.

Before Doval can reply, Deputy Commissioner of Anantnag Khalid Janagir tells the trader that the man he is talking to is the NSA. A smiling Doval pats the man, shakes his hand and leaves.

On Friday, the NSA, accompanied by his aides and senior police officers, visited the Eidgah locality and stopped at various places to interact with locals.

He later talked to police and Central Reserve Police Force (CRPF) personnel and thanked them for their wonderful work in maintaining law and order.

Earlier on Wednesday, the NSA was seen eating food with locals on a footpath with shuttered shops in the background.

He is reaching out to the local population in the Valley as a confidence building measure. (agencies)