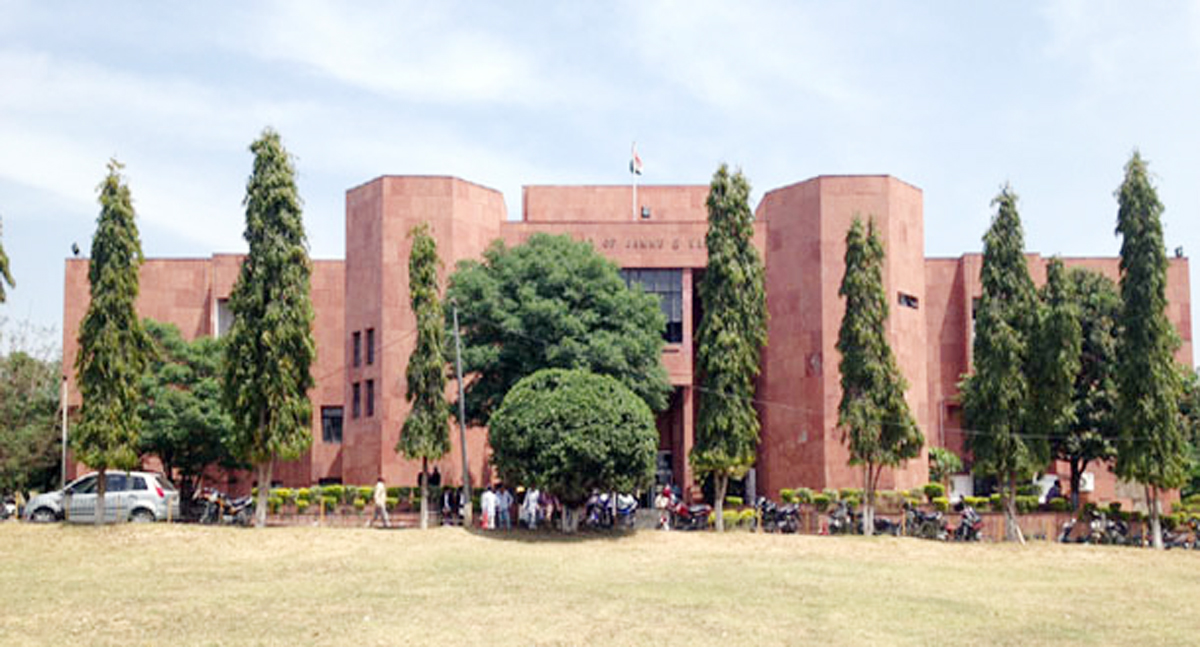 JAMMU, Mar 6: Now, people residing in remote areas of 11 districts of the State can knock the doors of the High Court for redressal of their grievances without paying personal visit as a detailed mechanism has been put in place in this regard with the approval of the Full Court and Governor Satya Pal Malik.
Highly placed sources told EXCELSIOR that keeping in view the difficulties being faced by people of remote areas of Kishtwar, Reasi, Kathua, Poonch, Ganderbal, Ramban, Baramulla, Leh, Kargil, Kupwara and Bandipora districts which remain cut off even from the nearest courts for months together due to the vagaries of weather, Chief Justice of the State decided to evolve a mechanism so as to facilitate these people in filing of suits, appeals, petitions and applications before the High Court.
Accordingly, Draft Rules in this regard were formulated and placed before the Full Court, which in the month of January this year cleared the same with the direction to the Registrar General to initiate the process for obtaining approval of the Governor.
As the initiative will go a long way in delivering justice to the people of identified remote areas at their respective doorsteps, the Governor Satya Pal Malik immediately accorded sanction to the Draft Rules.
Now, in exercise of the powers conferred by the Constitution of Jammu and Kashmir read with all other relevant powers, the High Court has made amendments to the J&K High Court Rules, 1999 and made the same applicable with immediate effect.
As far as areas where no court is available are concerned, a party residing in a remote area desirous of filing a case before the High Court may file the same before the nearest Approved Centre operated by the Government of India/State Government approved by the High Court or the nearest Post Office established by the Department of Post in collaboration with the Jammu and Kashmir State Legal Services Authority.
A Para Legal Volunteer/ Panel Lawyer duly appointed by any Legal Services Institution attached to the concerned Approved Centre/State Legal Services Authority/District Legal Service Authority will assist the party in drafting/filing of the case at the designated Approved Centre, read the amended Rules.
Upon presentation of a case, the incharge of the Approved Centre/Post Master of Post Office concerned shall transmit the same immediately through e-mail to the High Court and the case shall be registered accordingly. The original record of the case shall be retained by the Approved Centre and the same shall be transmitted to the High Court as soon as possible by any available means of transport.
“The litigant shall be liable to pay a sum of Rs 30 to the Approved Centre/Post Office as service charges. However, in case of persons eligible for free legal services in terms of J&K Legal Services Authority Act, 1997, the charges shall be paid by the High Court Legal Services Committee”, the Rules further read.
The proceedings will be conducted through the electronic mode using video-conferencing facilities between High Court and the Approved Centre/Post Office. The summons/notice and other processes that may be issued by the High Court shall be transmitted to the concerned Approved Centre/Post Office wherefrom the same shall be delivered either to the process serving agency of the court located in the area or to the nearest Police Station/Police Post for arrangement of service.
About the remote areas where a court is available, the Rules state: “A person who is desirous of filing of case before the High Court may file the same before the court of lowest jurisdiction located near litigant’s residence. The Presiding Officer of the court shall scrutinize the case and a separate room to be known as Court Service Centre shall be earmarked in each such court for the purpose of receiving cases pertaining to the High Court”.
A dedicated e-mail ID will be created for the High Court and the court of lowest jurisdiction located in a remote area for the purpose of such cases and record shall be maintained for tracking of the cases heard through video-conferencing.
“The case status and all other updations shall be uploaded by the High Court on the website as well as in the Case Information Software of the nearing court. The parties shall be entitled to have access to the updation from a nearby court or through Approved Centre/Post Office as well as through SMS”, the Rules further said.
Disclosing that Approved Centres and Post Offices will be notified shortly, sources said that functioning of the Approved Centres and Post Offices pertaining to the filing of cases and maintenance of record shall be supervised by the Presiding Officer of the court of lowest jurisdiction, the District Judge concerned or the Secretary District Legal Services Authority.
“Weekly reports pertaining to the progress of these cases shall be compiled by the Registrar Judicial of the concerned wing of the High Court”, sources further said.