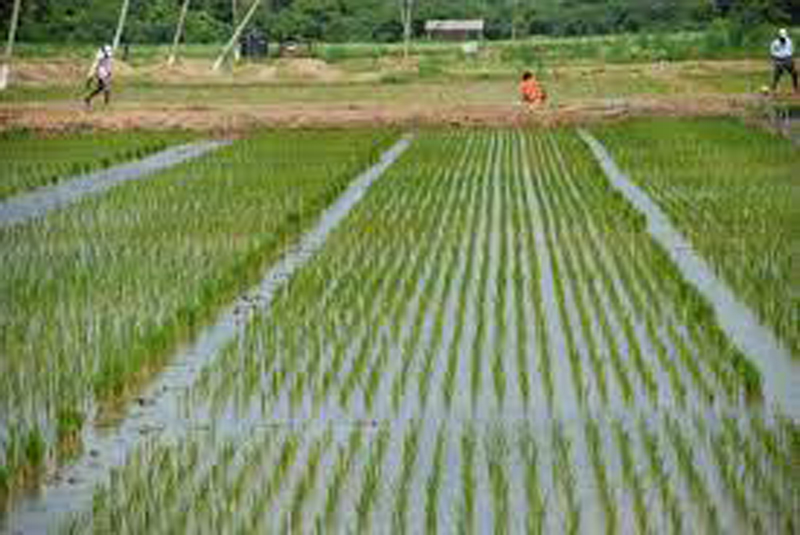 Step to benefit thousands of families across UT

Mohinder Verma
JAMMU, Dec 1: Now, agriculturists across the Union Territory of Jammu and Kashmir can transfer land to their legal heirs as per the provisions of J&K Land Revenue Act as Government has issued formal orders in this regard thereby resolving the grievances which were being projected before different authorities since November last year.
In exercise of the powers conferred by Section 96 of the Jammu and Kashmir Reorganisation Act, 2019, the Union Ministry of Home Affairs on October 26, 2020 issued Union Territory of Jammu and Kashmir Reorganisation (Adaptation of State Laws) Fifth Order.
Through this order, the Ministry of Home Affairs carried out several amendments in J&K Land Revenue Act and even inserted Section 133-H whereby the transfer of land to non-agriculturist was barred. It was specifically mentioned that no sale (including sale in execution of a decree of a civil court or for recovery of arrears of land revenue or for sum recoverable as arrears of land revenue), gift or exchange shall be valid in favour of a person who is not an agriculturist.
However, it was clarified that Government or an officer authorized by it in this behalf may grant permission to an agriculturist to alienate the land to a non-agriculturist by way of sale, gift, exchange or mortgage or for such agreement on such conditions as may be prescribed.
It was further mentioned that agriculturist shall be a person who cultivates land personally in the Union Territory of Jammu and Kashmir as on such date as may be notified by the Government; or such category of persons as may be notified by the Government from time to time.
Vide SO 372 dated November 1, 2021 the Government of Union Territory of Jammu and Kashmir issued notification for the purpose of enforcement of Section 133-H and Explanation appended to it.
However, the revenue field formation started receiving applications wherein wife, children and their children were also claiming to be an agriculturist for the purpose of the Land Revenue Act and they even knocked the doors of different authorities projecting their grievances. Accordingly, the matter was referred to the Revenue Department for taking decision.
The Revenue Department also approached the Department of Law, Justice and Parliamentary Affairs seeking its opinion on the subject and the Law Department vide communication dated August 18, 2022 drew the attention of Revenue Department towards Section 141 of J&K Land Revenue Act inserted vide SO 3808(E) dated October 26, 2020 (The Union Territory of Jammu and Kashmir Reorganization, Adaptation of State Laws Third Order 2020).
The Law Department conveyed to the Revenue Department that Section 141 of the Act states that if any difficulty arises in giving the effect to the provisions of the Land Revenue Act, the Government may by order make such provisions not inconsistent with the provisions of the Act as it appears to be necessary or expedient for the purpose of removing the difficulty.
Accordingly, the Law Department advised the Revenue Department to take recourse to this provision and pass appropriate orders as may be deemed appropriate for the purpose of removing the difficulty.
Now, in exercise of the powers conferred by Section 141 of Jammu and Kashmir Land Revenue Act, the Government has directed that the legal heirs—mother, father, wife and children of an agriculturist shall also fall in the agriculturalist category for the purpose of Section 133-H of the Act. In this way, the Government has removed the difficulty for the implementation of the provisions of Section 133-H, read an order issued by Vijay Kumar Bidhuri, Commissioner Secretary to the Government, Revenue Department.
The order has been circulated among all the field formations of the Revenue Department for implementation. This decision of the Government will benefit thousands of families across the Union Territory.