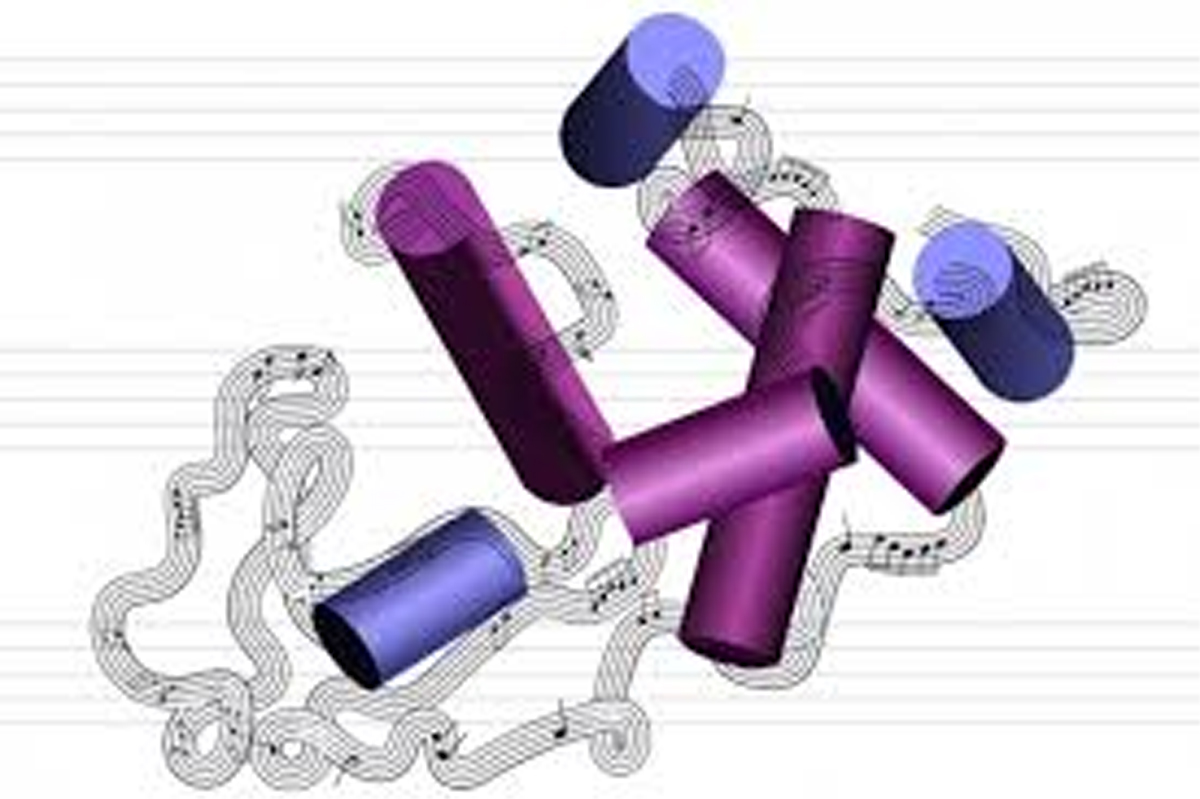 BOSTON, July 9: Scientists have developed an artificial intelligence (AI) enabled system for translating protein structures into music and converting it back to create new proteins never seen before in nature.

The method developed by researchers at Massachusetts Institute of Technology (MIT) in the US provides a systematic way of translating a protein’s sequence of amino acids into a musical sequence, using the physical properties of the molecules to determine the sounds.

Although the sounds are transposed in order to bring them within the audible range for humans, the tones and their relationships are based on the actual vibrational frequencies of each amino acid molecule itself, computed using theories from quantum chemistry.

The system, described in the journal ACS Nano, translates the 20 types of amino acids, the building blocks that join together in chains to form all proteins, into a 20-tone scale.

Markus Buehler, a professor at MIT, said that after listening to the resulting melodies, he is now able to differentiate certain amino acid sequences that are in tune with proteins with specific structural functions.

The entire concept is to get better insights into proteins and their vast array of variations, Buehler said.

Proteins make up the structural material of skin, bone, and muscle, but are also enzymes, signalling chemicals, molecular switches, and a host of other functional materials that make up the machinery of all living things.

Their structures, however, including the way they fold themselves into the shapes that often establish their functions, are exceedingly complicated.

Buehler and his team expect to attain new insights into the relationships and differences between different families of proteins and their variations.

They also want to use this as a way of exploring the many possible tweaks and modifications of their structure and function by translating that language into a different form that humans are very familiar with.

This allows different aspects of the information to be encoded in different dimensions, pitch, volume, and duration, researchers said.

As with music, the structure of proteins is hierarchical, with different levels of structure at different scales of length of time, they said.

To study the catalogue of melodies by a wide variety of different proteins, an artificial intelligence system was used by the team.

The AI system introduced slight changes in the musical sequence or created completely new sequences, and then translated the sounds back into proteins that correspond to the modified or newly designed versions.

With this process, the team was able to create variations of existing proteins.

Even though the underlying rules may not be known to the researchers themselves, “the AI has learned the language of how proteins are designed,” and it can encode it to create variations of existing versions, or completely new protein designs, said Buehler.

Given that there are “trillions and trillions” of potential combinations, he said, when it comes to creating new proteins “you wouldn’t be able to do it from scratch, but that’s what the AI can do.”

According to Buehler, training the AI system with a set of data for a particular class of proteins might take a few days, but it can then produce a design for a new variant within microseconds.

“No other method comes close,” he said.

“The shortcoming is the model doesn’t tell us what’s really going on inside. We just know it works,” Buehler said.

“When you look at a molecule in a textbook, it’s static,” Buehler said.

The process does not allow for any controlled modifications. Any changes in properties such as mechanical strength, elasticity, or chemical reactivity will be essentially random.

“You still need to do the experiment,” he said.

When a new protein variant is produced, “there’s no way to predict what it will do.”

Musical compositions developed from the sounds of amino acids were created by the team, which define this new 20-tone musical scale.

The art pieces they constructed consist entirely of the sounds generated from amino acids. (PTI)