E-Paper
Home Todays story Not a single job will be lost: FM 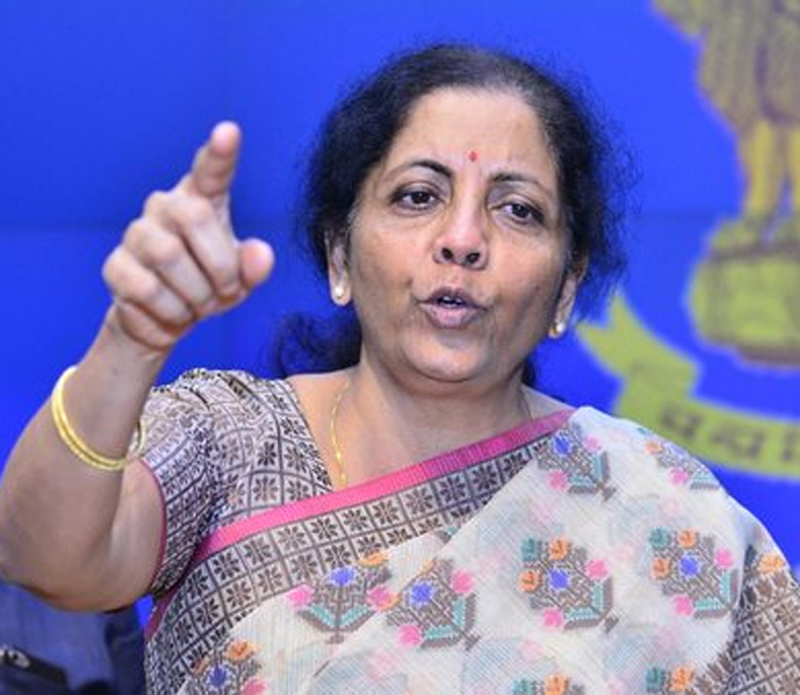 CHENNAI, Sept 1: Union Finance Minister Nirmala Sitharaman today allayed fears of job losses following the proposed merger of public sector banks, saying not even one employee shall be removed following the amalgamation.
“Absolutely, ill informed. I want to assure every union in every one of these banks to please recall what I have said last Friday. When we spoke about amalgamation of banks I have very clearly underlined the fact that there shall not be one employee removed. Not at all”, she told reporters here.
She was replying to a question on the bank employees unions opposing the merger plan on the ground it would lead to loss of jobs.
Sitharaman on Friday had unveiled a mega plan to merge 10 public sector banks into four as part of plans to create fewer and stronger global-sized lenders as the Government looked to boost economic growth from a five-year low.
Sitharaman, who was here to address officers of Customs, Goods and Service Tax and Income Tax department, said there would not be any closure of banks and no bank was being asked to do something new.
“More capital is being given to banks and they will continue to do more of what they were doing earlier,”she said.
On August 23, Sitharaman had announced a raft of measures to boost the economy, including capital infusion of Rs 70,000 crore into public sector banks.
She had also unveiled a mega plan on Friday to merge 10 public sector banks into four to create fewer and stronger global-sized lenders
The All India Bank Employees’ Union had alleged that Indian Bank may face closure following its merger with Allahabad Bank.
To a question on this, Sitharaman said Indian Bank would be the anchor bank after the merger.
She said when a bank receives capital, it is for them to function more of what they were expected to do as core business, which was to attract business and lend.
“Second, another bank in this region is Indian Overseas Bank which continues without any amalgamation added to it. It is also something you should keep in mind”, she said.
Asked whether there was any slowdown in the economy, she said the Government was responding to it sectorally, based on their requirement.
“Every sector of the Indian economy, when it approaches us, we hear them out for solutions that they want and we respond to it.
Suggestions (from them) and what would they want and what they expect from the Government of India and I respond to them. I have already done (it) twice and I will do so more number of times. Every industry which has approached me I will respond”, she said.
Citing an example, she said the automobile sector was in a transition phase to produce engines and components meeting BS-VI fuel norms (from the earlier BS-IV), which comes into effect from April 1,2020.
The Minister said it was not the Union Government’s decision, but a Supreme Court order two years ago that automobile companies shall not produce any BS-IV vehicle after March 31 2020, be it scooters or any other vehicle.
To a query about the automobile industry seeking a Goods and Service Tax rate cut, she said it should be decided by the GST Council.
Asked what was her message to people who had lost their jobs and those fearing job losses, Sitharaman said, “I can only say we are responding to the industry requirements.
Across the board there is no one particular answer that I can give, saying this is the magic wand. Sectorally, what they want, we are responding,” she said.
Sitharaman said the Government understands that the contours and tone of issues for each sector varied from one to the other.
“The automobile (sector) has an issue, agriculture has a different issue. So each sector has a sectorial requirement which we want to respond”, she said. (PTI)