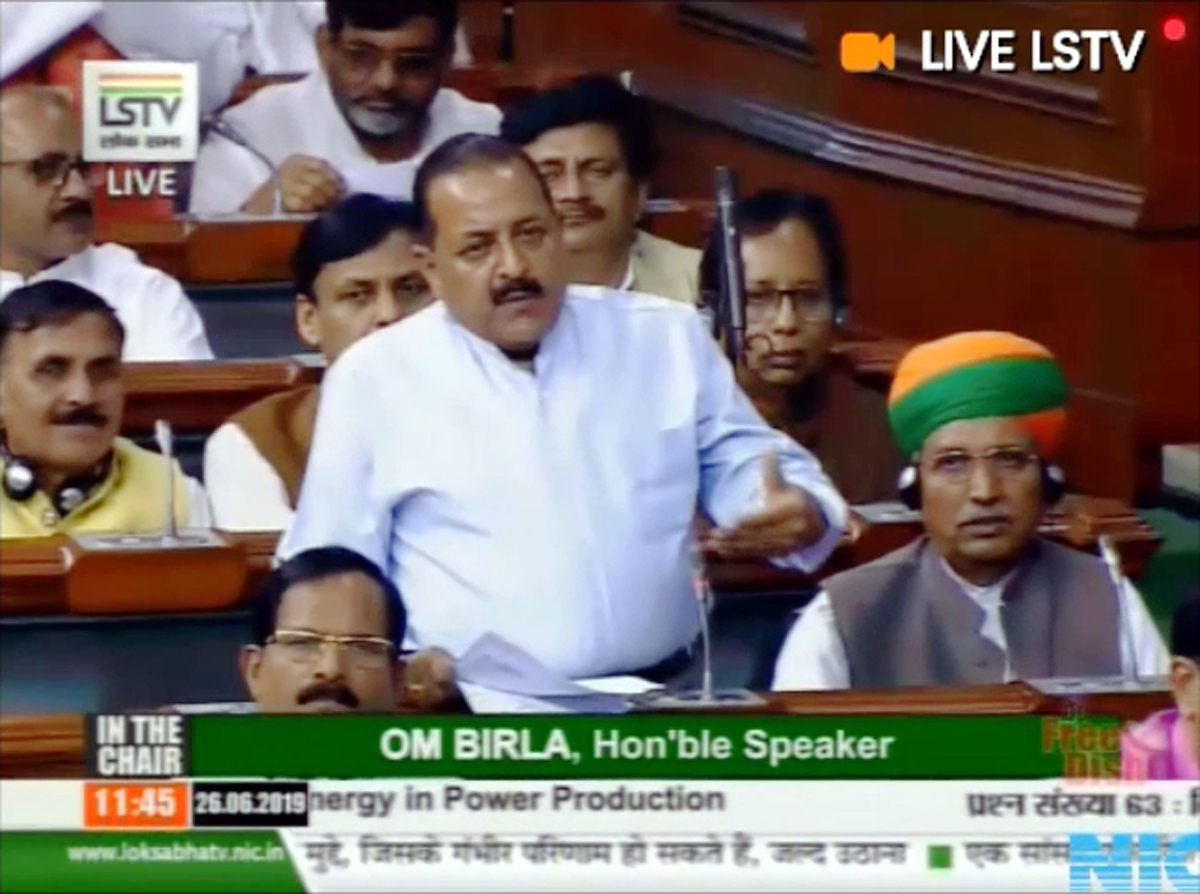 NEW DELHI, June 26: North-India’s first Nuclear Power Plant is coming up at a place called Gorakhpur in district Fatehabad of Haryana. The first phase of the project, comprising two units (2 x 700 MW), is expected to be completed in the next few years.
Disclosing this in response to a Starred Question in Lok Sabha today, Union Minister of State (Independent Charge) Development of North Eastern Region (DoNER), MoS PMO, Personnel, Public Grievances, Pensions, Atomic Energy and Space, Dr Jitendra Singh said, this is a major initiative of the Modi Government aimed at expanding the Nuclear Programme of India to different parts of the country and it assumes significance considering the fact that most of the Nuclear Power Plants in the past have been confined to either the South-Indian States like Tamil Nadu and Andhra Pradesh or Western States like Maharashtra and Gujarat.
In a bid to encourage India’s Nuclear Programme and reinforce the efforts of the scientists, Dr Jitendra Singh referred to a number of landmark decisions taken under the leadership of Prime Minister Narendra Modi in the last five years. These, he said, included allocation of Rs.10,000 crores per year for the next ten years, for the Nuclear Programme. Setting up of one Nuclear Reactor every year and nine new Nuclear Plants to be completed by 2024-25.
Dr Jitendra Singh said that in a bid to give financial boost to India’s Nuclear Programme, the Union Cabinet headed by Prime Minister Narendra Modi has taken decision to allow “joint ventures” with collaboration between Public Sector Units (PSUs) and the Department of Atomic Energy to set-up new Nuclear Plants and Reactors. Similarly, he said, Foreign Direct Investment (FDI) has also been allowed in the Atomic Energy Programme, to the limited extent of manufacturing of equipment without entering into prohibited areas of working.
Dr Jitendra Singh said, he was proud to share with the House that one of our Nuclear Plants in Karnataka, namely the KGS-1 Nuclear Plant has set a world record of completing 962 days of continued uninterrupted operation. The Tarapore Plant in Maharashtra has also set a record by completed 50 years since it was established, he added.