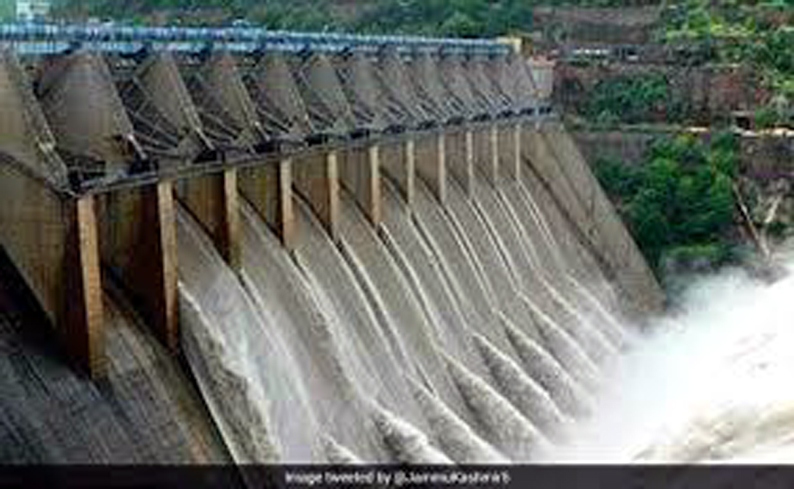 Two fall in category of stalled; work at snail’s pace on another
Several deadlines jumped, bottlenecks yet to be cleared
Mohinder Verma
JAMMU, July 4: Notwithstanding the fact that State is facing immense difficulties in meeting electricity requirement of people, no specific time-frame has been fixed for the completion of over 1935 Mega Watt worth four hydro-electric projects in Jammu and Kashmir, which otherwise were planned several years back to bring turnaround in the power sector.
These hydro-electric projects are 1000 Mega Watt Pakal Dul being executed by the Chenab Valley Power Projects Limited (CVPPL), 37.50 Mega Watt Parnai and 48 Mega Watt Lower Kalnai, which fall in the domain of Jammu and Kashmir State Power Development Corporation and 850 Mega Watt Ratle to be executed through a private company by adopting tariff based bidding process.
As far as Pakal Dul hydro-electric project in Kishtwar district is concerned, tunnelling work is yet to be started as in the month of October last year the State administration had called off its negotiations with M/s AFCONS JAL JV following red-flag raised by the Governor Satya Pal Malik mentioning ‘fishy deal’ to allot the contract by raising cost of the work by 35 per cent.
The foundation stone of Pakal Dul, which is the biggest hydroelectric project under construction in J&K and is also the first storage scheme, was laid by the Prime Minister on May 19, 2018.
“It is too early to specify exact time for completion of this mega project as you can never guess about any unforeseen problems to be encountered during the stage of execution of work”, official sources told EXCELSIOR. They, however, said the project is proposed to be completed in 66 months.
About 37.50 Mega Watt Parnai hydro-electric project being constructed in Poonch district by Jammu and Kashmir State Power Development Corporation, sources said, “the execution of this project was started in the year 2011 and last deadline for its completion was 2017 but the project executing agency failed to meet the same”.
“Now, it is claimed by the officers of the JKSPDC that project will be completed by next year but there are grim chances of meeting the latest deadline also as several bottlenecks particularly relating to the land have yet not been cleared”, sources informed, adding “failure to complete the project of merely 37.50 Mega Watt capacity during the past eight years is a big question mark on the performance of the State Power Development Corporation as well as the company executing the project”.
Similarly, the fate of 48 Mega Watts Lower Kalnai hydro-electric project in Doda district is hanging in balance during the past several years. The project was aimed at diverting the water from Lower Kalnai nullah at Dunadi by a 40 meter high dam through a 4.25 kilometre long tunnel to be dropped at Thathri for generating power.
“In the month of March 2017, the work on the project came to the grinding halt due to financial issues with the contractor and till date its fate is hanging in balance”, sources said, adding “no specific time-frame can be given for completion of project as balance works have to be re-tendered in view of the decision of the State Administrative Council, which has terminated the EPC and PMC contracts for the project”.
About 850 Mega Watts Ratle hydro-electric project in Kishtwar, which was abandoned by the contractor over certain issues with the State Power Development Corporation, sources said, “modus operandi for resumption of work on the project has yet not been worked out by the State Power Development Corporation although it has received green signal from the arbitrator for re-tendering of the balance works”.
They disclosed that Lower Kalnai and Ratle hydro-electric projects fall in the list of stalled projects of the Union Ministry of Power. While Ratle project is facing cost over-run of Rs 921.26 crore, the escalated cost of Lower Kalnai project has yet not been worked out by the developer.
“These projects if completed as early as possible would help the State a lot in meeting the electricity requirement of the people”, sources said and stressed that all efforts should be made by the Governor’s Administration to clear the bottlenecks so as to give necessary push to the execution of these projects.
It is pertinent to mention here that total installed capacity of the functional power projects in Jammu and Kashmir is 3449 Mega Watts. During 2016-17, 15377.69 million units of electricity was generated while as the figure declined to 14937.56 million units during 2017-18. During last financial year, 16541.58 million units of electricity was generated while as during the current year 3860.98 million units of power was generated till May 30, 2019.