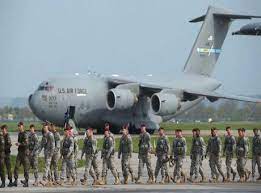 Washington, Feb 8: The Pentagon has said there is no specific threat to NATO’s Eastern Flank from Russia.
Addressing a press briefing on Monday, Pentagon Press Secretary John Kirby said, “No specific or additional threats in terms of directly from Russia to NATO’s Eastern Flank.
“We do, however, continue to see sizable forces continue to be added to the forces that Mr. Putin has arrayed in the south and Crimea, and alongside Ukraine’s borders, including in Belarus.”
Speaking on the Russian troops along Ukraine and Belarus borders, Kirby said that Russia has added more numbers in the troops deployed.
He said, “But what’s important is not just the numbers, it’s the capabilities. And what we see is that he is really putting in place robust ? what we would call Combined Arms Capabilities in Belarus, and along that border with Ukraine in Russia.
“That means not just infantry, or tracked vehicles, but artillery and long-range fires, and air and missile defense, as well as special operations.”