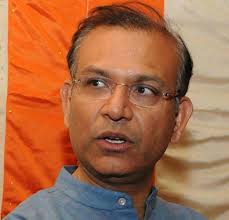 NEW DELHI, Mar 10:  There are no plans to withdraw the facility of subsidised LPG cylinders to financially well off people, even as 1.46 lakh such consumers have voluntarily given up the subsidy, the government said today.
“As on February 23, 2015, approximately 1.46 lakh consumers have voluntarily given up LPG subsidy on their domestic LPG connections,” Minister of State for Finance Jayant Sinha said in a written reply in Rajya Sabha.
“There is no proposal under consideration by the government to withdraw subsidised cylinders to the financially well off people,” he added.
However, government has launched an initiative for such LPG consumers to voluntarily give up their subsidy, he said.
In reply to a different question, the minister said that components of cash subsidies are transferred to individuals or institutions in their bank accounts electronically on DBT platform.
“DBTL PAHAL has been launched across the country wef January 1, 2015 where subsidy is transferred directly into the bank accounts of beneficiaries. DBT under food and fertiliser has not yet started,” Sinha said.
Accurate targeting of intended beneficiary through DBT provides full protection to the weaker sections of the society, he said.
Other schemes covered by DBT relate to women and child development, scholarships, labour and employment and old age pensions. (PTI)