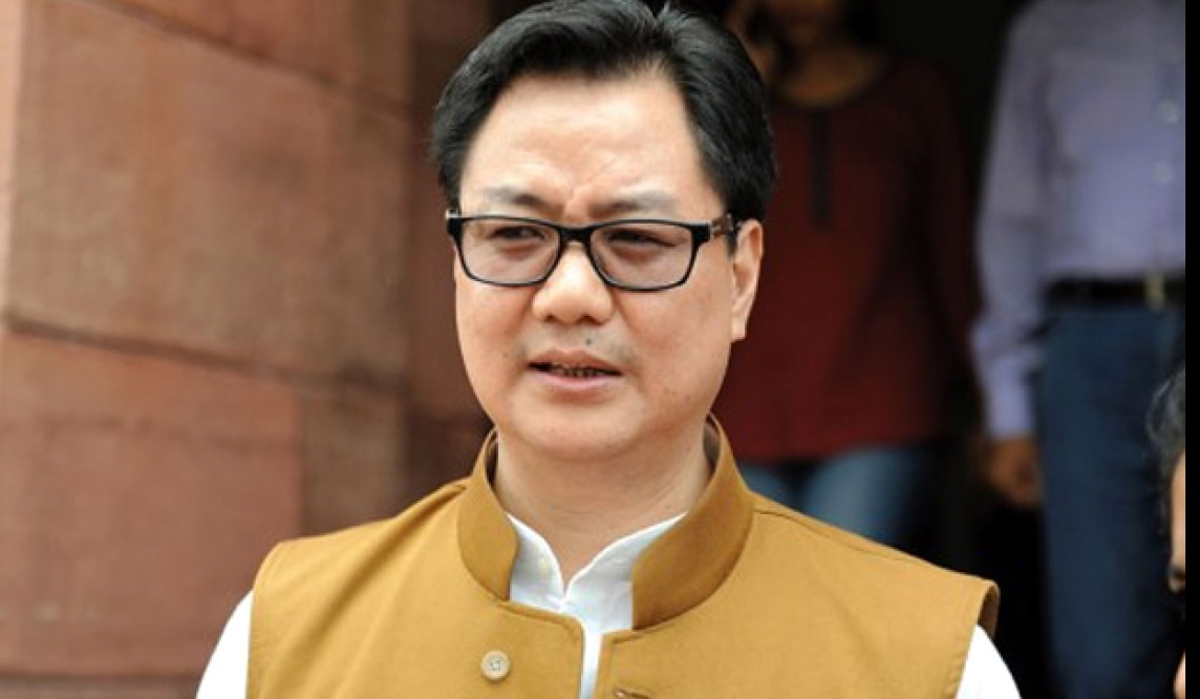 NEW DELHI, Jan 23: There can be a difference of opinion between the Government and the judiciary but that does not mean the two are attacking each other and a “Mahabharat” is going on as is being projected by some, Law Minister Kiren Rijiju said on Monday, asserting there is “no problem among us”.
He asked if there is no debate or discussion in a democracy, “what kind of democracy is it”.
Addressing a gathering at the Tis Hazari courts complex here to mark Republic Day, he also said as judges are not elected, they do not face public scrutiny but people watch them and make assessment about them from the way they deliver justice.
In India, if democracy has to thrive, then a robust and independent judiciary is a must, he said, adding that if the independence of the judiciary is diluted and its honour and authority are weakened, democracy cannot succeed.
He said if the Supreme Court has some views and the government has some views and if there is a difference between the two opinions, “some people present it like a Mahabharat is going on between the government and the judiciary. It is not like that…We have no problem among us,” he said.
He said “we” (members of the higher judiciary and the government) constantly meet in one way or the other on a daily basis.
He said he has a “live contact” with Chief Justice of India D Y Chandrachud on all big and small issues.
He said in the Bharatiya Janata Party, it is said that we can have “matbhed” (divergence of opinion) but not “manbhed” (discord).
“We can have different opinion. Difference in opinion does not mean we are mounting an attack on each other,” he said.
Referring to the letter he wrote to the CJI on January 6, Rijiju said it was an outcome of the 2015 verdict of a Constitution bench of the top court to supplement the existing memorandum of procedure to appoint HC and SC judges.
He said it was reported that the Government wants to have a representative in the SC collegium.
He asked how can he place a person in the group comprising the CJI and four senior judges. He said there was no “head and tail” in it but it became a topic of debate with people questioning how the government can place its representatives in the collegium.
Rijiju said due to social media, ordinary citizens ask questions from the Government and they should do so. The Government is attacked and questioned “and we face it”, he said.
“If people elect us again, we will return to power. If they don’t, we’ll sit in opposition and question the Government,” he said.
He said on the other hand if a person becomes a judge, he does not have to face elections. “There is no public scrutiny of judges,” he said.
“…As people don’t elect you, they cannot replace you. But people are watching you — your judgements, the way you deliver verdict — people are watching and make assessment and form opinion,” he said.
Nothing is hidden in the era of social media, he said.
Rijiju said the Chief Justice of India had requested him to do something about the attacks on judges on the social media. He wanted to know how to control the insulting language against judges.
He said the judges cannot argue on a public forum as there are limitations.
“I have thought about what should be done. There is a provision of contempt. But when people comment on a mass scale, then what can be done. While we are facing public scrutiny and criticism on a daily basis, judges too are facing the same now,” he said.
He claimed judges too these days are a little careful, because if they deliver a verdict which will result in a “massive reaction” in society, then they too would be affected as they are also humans. (PTI)