E-Paper
Home Latest News No Kashmiri crosses to other side of LoC, 4 PoK guests arrive 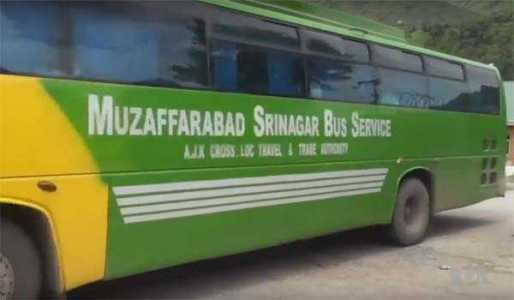 SRINAGAR: Not a single Kashmiri crossed over to other side of the Line of Control (LoC) while four guests from Pakistan Occupied Kashmir (PoK) arrived here on Monday to meet their relatives, separated in 1947 due to partition.

Nine returnees also reached Kaman post, the last Indian military post on this side of the LoC at Uri in north Kashmir district of Baramulla, official sources said here.

The bus after leaving Bemina, Srinagar, this morning for Kaman post reached at Trade Facilitation Centre (TFC) at Uri, where passengers  board it before proceeding towards Kaman post, they said. Sources said no Kashmiri crossed over to PoK this week.

However, three residents of POK, who completed stay in Kashmir returned to their home in the Karvan-e-Aman weekly bus operating between Srinagar and Muzaffarabad, capital of PoK.

They said four residents of PoK, including a woman, arrived here after crossing the Aman Setu, peace bridge on foot this afternoon. Sources said six Kashmiris, who had crossed over to other side in the previous buses also returned here after completing stay in POK.

A woman also included in the group, sources added. The bus was introduced on April 7,2005 to allow residents of both sides of the LoC to meet each on Travel Permits instead of International Passport.

The bus has since helped thousands of families, divided due to partition in 1947 to meet each other. (AGENCIES)