E-Paper
Home International No country-specific waiver under CAATSA: US 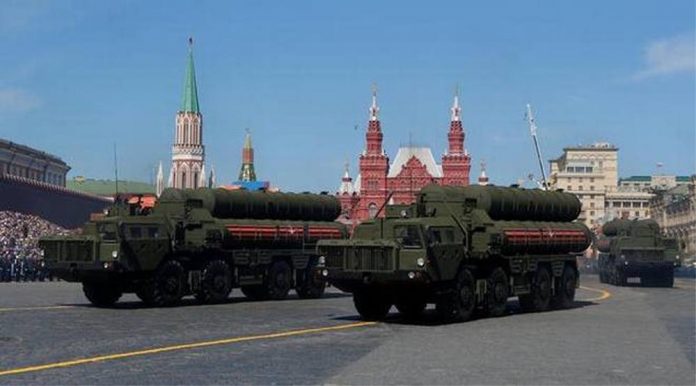 WASHINGTON, Aug 31: No blanket waivers from punitive US sanctions will be issued for any one particular country under the Countering America’s Adversaries Through Sanctions Act (CAATSA), an official of the Trump Administration has said.
Speaking to reporters on the condition of anonymity, the senior official said the grant of any such waiver for significant transactions with Russia would be assessed on a case-by-case basis.
“There are no blanket waivers that will be issued for any one country, and any waiver that we might contemplate for significant transaction with Russia would be assessed on a case-by-case basis and would require, among other things, countries to significantly reduce their reliance on Russian arms,” the official said yesterday.
The punitive Russian sanctions act or CAATSA, which was recently amended by the US Congress, does not have a country-specific provision, the official said while responding to a question on whether the waiver was a done deal for India.
India is planning to buy five S-400 Triumf missile air defence systems from Russia for around USD 4.5 billion.
The Trump Administration, the official said, was fully committed to implementing the CAATSA.
“We have discussed CAATSA with the government of India, along with other partners, and we continue to look for ways to work with India and other countries to help them identify and avoid engaging in potentially sanctionable activities,” the official said.
“I really can’t discuss the S-400 specifically, but I can say in general terms that we’ve made great progress with India as a major defence partner to create the conditions where we can offer more advanced technology,” the official said.
The two countries, the official added, have made progress on the Communications Compatibility and Security Agreement (COMCASA).
“That’s one example of the type of enabling agreement that’ll allow us to provide India or offer India some of our most advanced technology. Now, certainly India is going to make its decisions based on its interests, but we’re encouraged that increasingly more capable US-sourced technology can be among their choices,” the official said.
Ahead of the two-plus-two talks in New Delhi next week, India and the US has had several rounds of negotiations on the COMCASA. “We are encouraged by the progress we’ve made. At the 2+2, it’ll be discussed, and we’ll see how far we get,” the official said.
In addition to the CAATSA, the impacts of Iranian sanctions are expected to feature in the 2+2 talks as well.
“We continue to discuss our Iran policy with our Indian counterparts and speak to them, certainly, about the implications of our re-imposition of sanctions previously lifted or waived under the JCPOA,” the official said.
President Donald Trump, the official said, had made it very clear that the US was fully committed to enforce all its sanctions, and that the curbs on Iran’s energy sector, the Central Bank of Iran, and Iran’s shipping sectors would come into effect from November 5.
“We are looking into ways to remain closely engaged with India in finding a way forward to end Iran’s destabilising behaviour,” the official added.
With regard to oil, America’s goal was to completely cut down imports from Iran by November 4. “We are prepared to work with countries that are reducing their imports on a case-by-case basis,” the official added. (PTI)