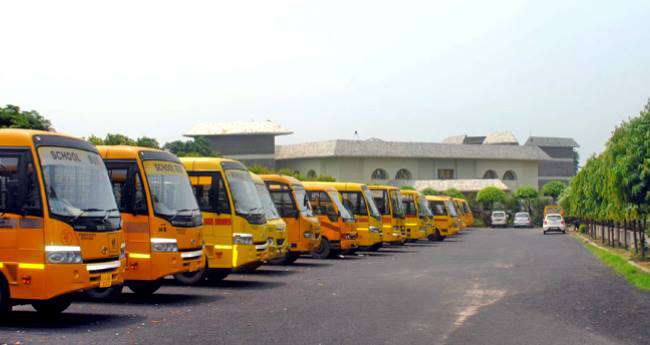 Parents aghast, demand prompt action
Irfan Tramboo
SRINAGAR, Nov 18: The order of the Divisional Administration regarding the remittance of bus fees for the period of lockdown is witnessing minimum compliance on ground as majority of the schools in Srinagar are charging parents with transport charges.
Scores of parents told Excelsior that the schools have withheld the results of their wards studying in different classes and are demanding the submission of school fees for the months of August, September and October during which the students did not even attend the school.
“I was today forced to pay the school fees right from the month of August till October; I was categorically told that they will not handover the results of my wards till the fees in its entirety isn’t paid,” an aggrieved parent said.
There seems to be a lot of confusion among the parents who say that the administration had ordered the remittance of the bus fees.
Another parent said that he was made to pay the school fees along with the transport charges right from August till October. “They (the school administration) did not budge an inch and said that they have not received any communication from the administration regarding the remittance of transport fees or any other fees so far,” he said.
Almost all the parents who talked to this reporter said that they were told by the school administration that they were yet to receive any communication from the administration, thus, expressing their inability to waive off the fee.
Pertinently, the Private Schools Association has issued a circular to all the schools, directing them to provide concession in school fees to the wards of transporters, or those who were arrested and could not earn even a penny during the period of lockdown in the Valley.
Association’s President, G N War told this reporter that keeping in view the gravity of the situation we have ordered that such cases should be handled on priority. “The directions have been passed and those deserving will be provided with the relief whatsoever needed,” he said.
Meanwhile, Divisional Commissioner, Baseer Ahmad Khan, however, told Excelsior that the order has been issued for the remittance of the bus fees and that the school administration should follow it in letter and spirit.