NEW DELHI, Jan 17: Fresh death warrants were issued by a Delhi court on Friday for the execution of the four convicts in the 2012 Nirbhaya gangrape-murder case on February 1, shortly after the President quickly rejected the mercy petition of one of them.

Additional Sessions Judge Satish Kumar Arora while ordering that the four men, who are lodged in Tihar jail, be hanged at 6 am on February 1, however, expressed displeasure over the delay in their hanging.

“This case presents a scenario when convicts were given the opportunity to file mercy but only one preferred. There might be delay tactics. For how long will this go on? Had death warrant not been issued, the convicts would not have initiated their legal remedies,” he said.

The judge was hearing the plea by Mukesh Kumar Singh for postponement of the date of his execution scheduled for 7 am on January 22 in view of the pendency of his mercy petition.

According to the Delhi government, the Prison Rules mandate a buffer period of 14 days between the day of the rejection of the mercy petition and the day of execution.

Besides Mukesh, 32, Vinay Sharma (26), Akshay Kumar Singh (31) and Pawan Gupta (25) were to be hanged. Judge Arora issued death warrants against them on January 7. Jail authorities have made preparations and staged mock hanging sessions using sandbags with new ropes.

The curative petitions of Mukesh and Vinay have already been dismissed by the Supreme Court, the last judicial recourse to challenge the death penalty awarded to them.

Akshay and Pawan have not filed any curative petitions yet. Also, the two men and Vinay have the option of filing mercy petitions before the President.

Pawan, meanwhile, moved the Supreme Court, against the Delhi High Court verdict rejecting his juvenility claim at the time of offence.

Nirbhaya’s mother expressed disappointment at the postponement of the execution.

“I will fight and I will keep struggling… I will wait,” she said.

Remedies available for Mukesh to escape the gallows were effectively exhausted with officials saying the mercy plea has been rejected by the President and the Home Ministry sending it on to the Delhi government.

The postponement of the hanging also triggered a political slugfest between the Bharatiya Janata Party (BJP) and the Aam Admi Party (AAP).

Union minister Smriti Irani said it was because of the AAP government in Delhi that the four death row convicts couldn’t be hanged in a time-bound manner after their review petitions were dismissed by the Supreme Court in July last year.

Delhi chief minister Arvind Kejriwal for his part urged the BJP not to indulge in politics over the Nirbhaya case and instead work together in ensuring that justice in such cases is delivered at the earliest.

The AAP supremo said he feels “sad that politics is being done on such an issue”.

The president’s rejection of Mukesh’s mercy plea came after the Union Home Ministry forwarded the petition to his office late on Thursday night.

“It’s a very good thing. Our hopes have gone up after the disheartening news that the execution might be delayed,” the young woman’s father told PTI.

“We are happy that the chances of them getting hanged have increased. We are assured that as soon as they file mercy pleas they will be rejected,” he added.

A MHA official said the ministry has forwarded the mercy petition of Mukesh to the President.

“The Ministry has reiterated the recommendation of the Lieutenant Governor of Delhi for its rejection,” a MHA official said on Friday morning.

Delhi Lieutenant Governor Anil Baijal’s office had sent Mukesh’s mercy petition to the Home Ministry on Thursday, a day after the Delhi government recommended its rejection

The 23-year-old physiotherapy intern, who came to be known as ‘Nirbhaya’ (fearless), was gangraped and savagely assaulted on the night of December 16, 2012, in a moving bus in South Delhi. She died of her injuries a fortnight later in a Singapore hospital.

The brutality of the crime shook the nation, leading to country-wide protests and a change in India’s rape laws. (PTI) 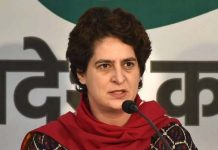 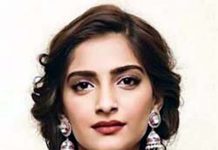 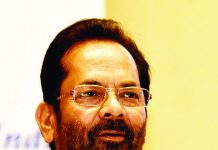 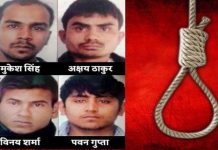 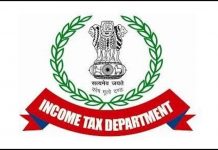