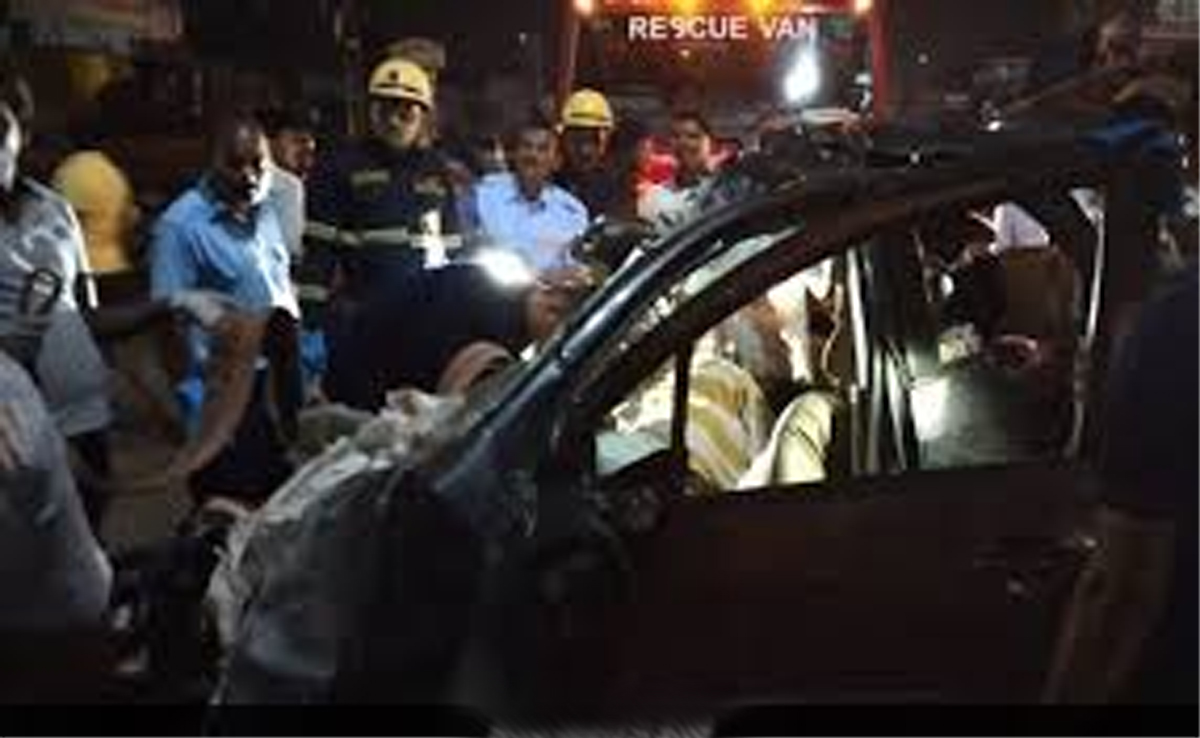 PUNE, July 20: At least nine people were killed when a car in which they were travelling collided head-on with a truck on the Pune-Solapur Highway in the wee hours of Saturday.

All the youths in the car were friends who were returning from Raigarh city.
According to preliminary reports, the driver of the car reportedly lost control of the vehicle at the time of the accident.
The deceased students were residents of Yavat village in Pune.
(UNI)